What Troubles? It’s Hard to Get Too Angry in Qatar 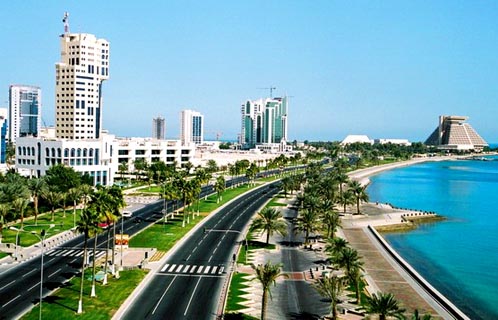 Qatar, a tiny, wealthy and very image-conscious country in the Arabian Gulf, is not having a good week.

Then, just over the weekend, human rights groups broke the news that a Qatari blogger has been detained and is being held incommunicado by authorities. The fear is that the blogger, Sultan al-Khalaifi, is at risk of torture or other ill treatment.

Concurrently, journalists in Qatar seem to be rebelling against the lack of a sorely needed media law to protect freedom of speech and a free press.

Yet, as people across the Middle East rally against their regimes, Qatar appears to be the one of a handful of countries in the Arabian Gulf to escape unscathed by the politics. And not just because the country, run by a benevolent Emir, has a very persuasive police force.

A handful of blustering Facebook pages aside, there is no way people in Qatar are going to take to the streets to protest against the regime, and there are a dozen reasons why. Here are just a handful:

Firstly, there are no starving Qataris. There aren’t even any Qatari taxi drivers or janitors.

Qatar is a welfare state that financially-speaking really takes care of its people, who account for about only make up 15% of the population. The 350,000 nationals also enjoy an average per capita income of $75,000 annually.

Secondly, many of the expats here also enjoy the benefits of living in a rich country. Unemployment is .5%.

Crime is almost non-existent. While dashing to Arabic class at Berlitz one evening when I first moved here, my husband accidentally left the keys in the ignition, the car running and the doors unlocked. We didn’t realize the folly until an hour and a half later, when we returned to our car, which was still there. And why shouldn’t it be? There are cameras everywhere, and anyone with a residency permit knows Qatar has our blood, fingerprints and chest X-rays on file.

It is true that living here is not cheap. Qatar imports almost all of its food, so frequent trips to the grocery store can be prohibitive for someone on a budget.

Transportation costs also continue to rise, especially after the government suddenly raised petrol prices this year. But per liter, gas is still cheaper than soda.

And the government does heavily subsidize gas, electricity and water for all of the nation’s 1.6 million residents.

Qatar’s Emir has also put the profits reaped from its vast natural gas reserves to use in other ways, investing billions of dollars of it into education, healthcare, culture and of course, the upcoming FIFA World Cup in 2022.

That said, there are certainly things to complain about.

For one, Qatar suffers from a gaping gender disparity due to its large migrant worker population. Women account for just 20% of the population, which can make for some uncomfortable social situations.

But women are free to work, drive and run for council elections (whenever those will be held). In Education City, where six US universities have set up shop, among other educational institutions, the number of female graduates actually outpaces the number of male graduates in many schools.

Things aren’t as rosy for Qatar’s uneducated residents. Human rights groups have constantly criticized the treatment of migrant workers here. Last summer, the US State Department put Qatar on a “watch list” for laws that it says promotes human trafficking. And according to one study, the average laborer works 60-hour weeks and make about $3,945 a year.

Government officials have also been promising residents a new press law and council elections for years, without results. Just this week, a spate of columnists jumped from one local newspaper to another in hopes that their criticisms of the country would actually get published. The move prompted a fiery article in the Peninsula, a local English-language newspaper that has recently become more critical of the government.

And there are residents here who are not happy about Qatar trying to be friends with everyone. The Facebook groups that have popped up rail against the US base here, First Lady Sheikha Mozah’s public presence and Qatar’s informal ties with Israel.

Still, Qataris are for the most part known for living a comfortable lifestyle, and most wouldn’t dream of making a public stink about what they consider to be in-house problems in their country.

In fact, the mere thought of political action seems to have upset more than inspired people here. More than one Qatari on Twitter has protested any discussion of protest in Doha — not necessarily a good thing, but nonetheless an indication of what the locals are thinking.

As for the majority expat population, those who don’t like it here can always leave (fairly easily, for the most part). And those who want to stay wouldn’t dream of rallying for fear of deportation.

This article was also published on The Huffington Post

Shabina S. Khatri is an American journalist freelancing in Doha, Qatar and an adjunct lecturer at Northwestern University in Qatar’s Medill School of Journalism. Born and raised in suburban Detroit, Khatri has previously worked as an editor/reporter for the Wall Street Journal and a reporter for the Detroit Free Press. Though a jack of many trades, she is master of some, with strengths in business, higher education and religion reporting. In 2004, she graduated with distinction from the University of Michigan – Ann Arbor with dual bachelor’s degrees in business and Spanish. Also that year, Khatri founded the Muslim American Journalists Association. Born to immigrant Indian parents, she is a member of the Asian American Journalists Association and is conversational in Arabic, Spanish and Gujarati. To get in touch, email her at shabina.khatri[at]gmail.com, add her on LinkedIn, follow her on Twitter (@dohanews) and view her contributions to the Huffington Post and Global Voices Online.