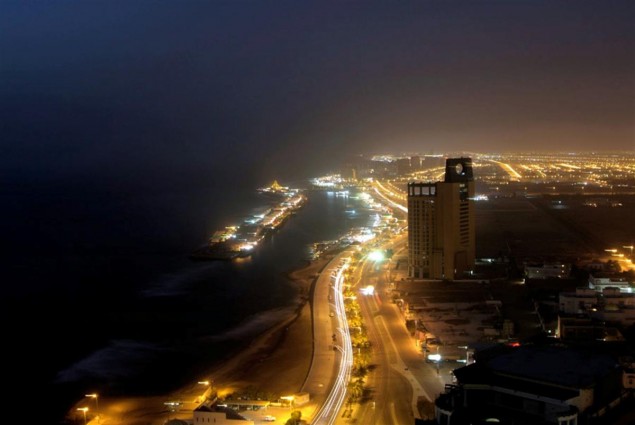 I heard an acquaintance of a friend of mine was told to leave the KSA because at the age of 33, he had developed a heart condition.

He’d complained about several stress factors in his life: his job as a teacher to Saudi youth with plenty of lazy students and permissive parents; an administration with a department-store mentality (the customer, despite any evidence to the contrary, is always right — making you the one on trial when matters prove unsatisfactory for somebody); then there was pressure to turn the march of successful uniformity into something like academic progress – all while running on the tread mill of Saudi nepotism (usually referred to as “custom”).

He cared too much, so his body had extracted its revenge.

I thought of him as I drove through the slow-moving traffic on my way to the immigration office to have someone roll my fingers in ink and then on my FBI Criminal Clearance, one of the many necessary parts to having my paperwork processed for a new visa and work permit.

“No, not here,” said the sweaty receptionist in a dingy military uniform. “Philistine Street.”

After two hours of lunch traffic among dusty construction works, I was told at the “other” immigration office tucked behind an old sheet-metal fence that they didn’t do that sort of thing, either, in the age of retina scans and glass hand scanners.

I could feel the stress mounting around my kidneys; the tension in my back that bent one over slightly, no matter how comfortable the chair. Despite the fact I hadn’t eaten all day, I was glad my empty stomach was enough to prevent the onset of the customary nausea.

I knew what it really was. The slowness in the pace of life here made anyone from the devil’s triangle of New York, Philadelphia and New Jersey like a ribbing engine burning rubber against the hardest of brick walls. Trying to function like time matters is the Westerner’s problem. Though intellectually, most of us knew this, to admit it would be to acknowledge what you did and said in such a place was like the plastic plants covered with dust, alongside the people who sat in the countless offices along the numerous mazes of nameless avenues and streets. None of it really mattered in the greater scheme of things.

Though we cursed it while there, the pressures and stresses of home were wrapped around a purposeful existence. The battle made the heart pump; the struggle had a meaning you might one day be known for. Work was part of your life and identity; not the façade of what was ultimately unimportant.

Suddenly, I missed the snow too.