Catastrophe: The Untold Story of The Sahel 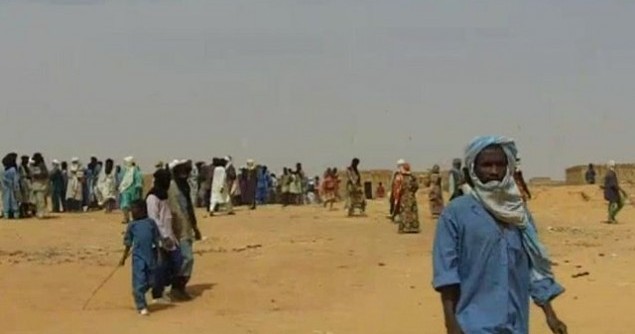 This summer the “Arab Spring” seems to be getting hot as hell, even beyond the “war-is-hell” sense. Masses of Egyptians are rallying in Tahrir Square to protest the military’s latest moves; Syria downs a Turkish fighter jet; there are increasing riots in Sudan not related to the secession of the south; and the list goes on.

But below the North African countries where the jasmine-tinted winds of change first blew away dictators in Tunisia, Egypt and Libya (with the anti-dictatorial aroma catching on in Yemen and reaching as far east as Bahrain) there is a crisis which is not being covered. The hot topic should be the Sahel, the region that cuts across Africa in a dry zone of perpetual dearth and periodic death.

In a special report on Al Jazeera, it is reported that 15 million people are affected by a severe drought combined with ineffective government assistance programs and decreasing food supply. The report provides a country-by-country breakdown of the problem. Consider the situation in Mali, for example:

Prices of millet and sorghum grain have risen significantly after harvests in 2012 were 25 per cent lower than in 2011. Political instability, following a coup in March 2012 and the breakup of Northern Mali into the self-proclaimed state of Azawad, has further hampered the ability of aid agencies to assess needs and deliver the necessary aid to this landlocked country.

The UN Office for Coordination of Humanitarian Affairs (OCHA) reported that more than a million children face acute malnutrition, with as many as 146,000 people displaced into Niger, Burkina Faso and Mauritania, under deteriorating circumstances.
People affected: 3-4million.

The Sahel drought stretches from Mauritania on the Atlantic ocean westward to Chad, affecting seven countries directly. But neighboring countries feel the effect, especially with the recent increase in refugees. Here the problem is not pure politics, but political instability combined with inhospitable weather and a basic worldwide indifference to the plight of the millions of people living here. With the Euro crisis dominating economic news and austerity the mantra for the developed countries of the 21st century, help is not likely to be on the way soon. Christian missionaries spend their millions on saving what they consider lost souls, as though dead bodies do not trump such an abstract goal.

The lesson that most pundits take from the “Arab Spring” is that people everywhere want to be “free.” Of course, no one is ever free of the economic systems that with political power dominate us all, some systems to greater extents than others. But the greatest freedom, or at least the most basic, must be the freedom to survive. This is a freedom denied to millions facing the ongoing drought in the Sahel.

We are not talking about people too lazy to work or illegal aliens, but people trapped in a combined ecological and political incendiary. God, no matter how you style your deity, seems preoccupied with other parts of this vast galactic expanse and we mere mortals are all trapped in our indifference. The question is not “Am I my brother’s keeper?” but why we are not even weepers for our brothers and sisters in the Sahel.

One Response to Catastrophe: The Untold Story of The Sahel