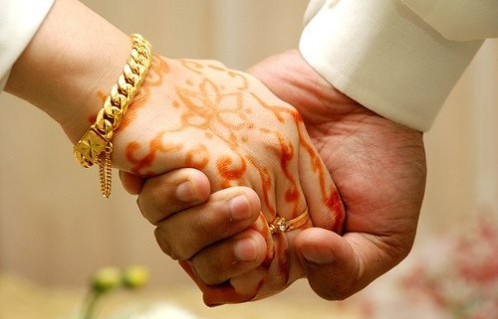 A two day focus group was held in Jeddah during which Saudi men and women shared their perspectives on marriage.  One theme which was consistent among the differing groups of men is that they believed their wives were ill-prepared for marriage.  The men felt that their wife had no idea how to take care of a home and husband and remained focused on wanting to get together with female friends and shop.  The men also felt that the women didn’t think twice about spending large sums of money which in many cases, the couple did not have.

Speaking from my own observations I can understand how a Saudi woman may be unprepared for marriage.  Some Saudi women are coddled by their parents and do not have any specific responsibilities.  As a result they spend their day with friends or cousins, experiment with make-up, have several outfit changes a day and then in the evenings go with their friends to the mall to shop and then eat.

Many Saudi families will have domestic help who do all the general household tasks of cleaning, laundry, ironing and general cooking.  Now among most of my Saudi friends, the mother would do the majority of the cooking but have the housemaid assist.  Most Saudi girls in my experience will know how to prepare and serve tea.

What does this mean then when the girl is married?  If her mother does not give her a course or training in maintaining a home, then perhaps the parents should give the couple a gift in the form of a housemaid.  In fact, many young women who have been accustomed to housemaids and having a driver will often be insistent that the new husband provide them.  Most husbands, wanting to please a new wife, will engage a housemaid and driver even if he can’t really afford to do so.

A new wife typically wants her home furnished with new and fashionable items.  In essence, she wants to go into her marriage with the same standards and lifestyle that she had while living at her family home.  Not every new husband has the resources to do so.

As a result, part of the high divorce rate in Saudi Arabia is being blamed on wives who do not know how to maintain a home, spending beyond what the husband can afford and a lack of communication and closeness between husband and wife.  Many husbands feel that their wife spends too much time with cousins, family and other girlfriends rather with him.

I find the information from the focus group to be very interesting and enlightening. Many young married women I knew in Riyadh felt that their husbands spent too much time away from the home with their friends.  As a result, these women in turn would gather with friends or go out shopping.

In defense of the women, most of the young women I know in Saudi were sheltered and never given any indication about budgets or a ceiling on costs.  They would shop and purchase whatever they wished with no regard to the costs.  It is customary for a women to have a new dress for any special occasion.

I think one of the best things for a young couple is to go outside of the Kingdom for a year or more, such as on a scholarship for continued studies.  Living abroad the young couple are made to rely more on each other and learn to do things together.  Most young couples can not or do not take a housemaid with them.  They are also away from the influences of family and friends.  They will learn to work together and whether they have a marriage that can survive challenges.