The Ultimate Price Will Be Paid for ‘Honor Killing’ 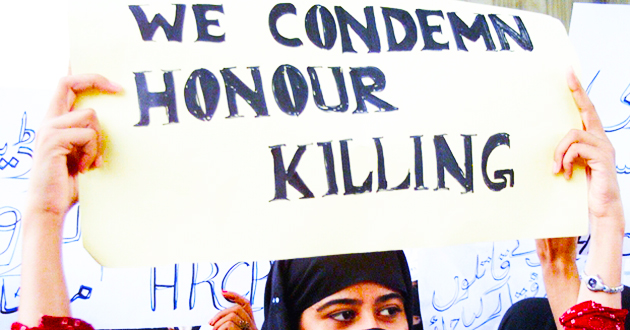 Oh yes. Honor killings / tribal killings still happen in Oman and Dhofar in particular if I’m not mistaken. Tribal honor is a big deal down south. I remember hearing about tribal killings when I was younger. A guy from Tribe X would do something to a guy in Tribe Y (could include stealing animals, sleeping with his sister, etc) and so the guy from Tribe Y would go home and get his weapon and kill the guy from tribe X. (I’d say almost every household owns a weapon – things got a little crazy after the Dhofar Rebellion)

Naturally, dude would go to prison. Then the tribes get together and negotiate for weeks or months to determine an appropriate settlement. The settlement could be anything from cash (we’re talking 50,000 – 500,000 OMR) to camels and land. Once the settlement is agreed upon, the family of the deceased drops the charges and the murderer is released from prison.

Here’s the part that drives me nuts: in most cases the entire tribe of the accused chips in FOREVER to pay the settlement. Each family is instructed to pay a certain amount every year to support the killer. It’s called ‘Tribal Support’. My family has been paying for the past ten years or more to support a similar case.

Obviously killing a human on purpose is cold-blooded murder whether the word ‘honor’ is linked to it or not. Oman maintains the death penalty for murder and drug trafficking.

The reason I’m discussing this today is because nearly a year ago a man from a very very powerful tribe murdered another man in the middle of Salalah. Everyone believes it was an honor killing. I hate using these terms, but the victim was a black man. Naturally, the powerful tribe were sure that they’d be able to negotiate a settlement with the victim’s family.

Salalah has been buzzing with this case for the past year. Most people were sure the victim’s family would give in and accept a settlement. To everyone’s shock (and my delight) the family refused. They will not take the millions (yes, millions) of rials worth of settlement money/bribe. They want justice.

Tuesday April 17th (that’s 48 hours from now) is the final sentencing. I think they’re going to go ahead with the execution. The family has refused to budge. Approval for death penalty comes from His Majesty + The Grand Mufti. If you’ve been following the news, His Majesty left the country yesterday and will be touring Europe. Obviously a decision has been made.