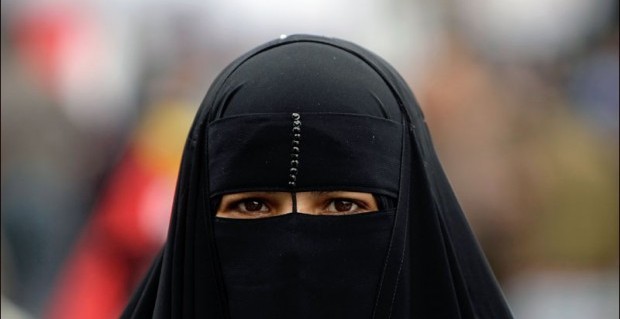 Recently at a university in Tunis, a female student approached her professor after class and told him that she had decided to wear the niqab, which covers the female body, face and head, to class. After some discussion on the topic, the professor said that he respected her decision and emphasised that university laws would need to change to accommodate her decision, as all public institutions in Tunisia ban wearing the niqab.

Similarly, Tunisians across the country are debating whether or not the ban on wearing the niqab in public institutions should be revoked and what consequences that would have for universities – an on-going debate that has been covered extensively in the media.

While in this case, after some discussion and introspection, the student decided against wearing the niqab, this issue would not have developed into such a well-known concern had a few female students not decided to wear the niqab on campus. Now all parties must find a way to resolve it.

After the Tunisian revolution, attitudes about religious attire shifted, and a number of women in Tunisia began to wear the niqab. Before the revolution, women were not allowed to wear it in public institutional settings, such as when applying for a national identity card, passport, or government job. There was also fear of police harassment, which normally resulted in imprisonment.

After the revolution, people began to experiment with the restrictions on religion in public life, but the ban on “confessional attire” in public institutions remained. Accordingly, when women have worn the niqab on university campuses it has caused strong reactions, even leading to clashes like those seen at Manouba University where a female student “in niqab” was prevented from entering campus.

Universities have been approaching this issue with great care since the revolution. While discussions are taking place publicly, until a decision is made by the Ministry of Higher Education universities are simply waiting.

Opponents of the niqab maintain that a professor cannot properly address a student whose face he cannot see, and that the ban is motivated by security concerns. Students wearing the niqab defend their position by saying that the issue is one of personal and religious freedom, and that wearing it on campus does not hinder the learning process. They suggest that to fulfil security concerns, they could reveal their face to a female colleague.

University officials believe that elements affiliated with extremist movements are responsible for the problem and are sowing seeds of dissent on campus. Women wearing the niqab, and their supporters, defend wearing it on campus and believe that university deans are intentionally escalating the problem due to personal beliefs.

These differences of position have led to the current tense situation.

The tensions need not escalate, but rather what is needed is for students wearing the niqab and university officials to sit around a negotiating table to find common ground, and move beyond ideological or political concerns.

Parties from outside the university could be involved to help foster a neutral dialogue. The issue is a sensitive one with religious considerations, as the wearing of the niqab is a subject of discussion and disagreement even among religious scholars. But within the framework of a constructive dialogue, participants can consider the diversity of views among both religious scholars and university administrators.

It is also imperative now, more than at any other time, to ensure credibility through the participation of university authorities, religious leaders and intellectuals known for their integrity, and civil society representatives, in order to arrive at a consensus.

A dialogue that involves all these parties can solve this dilemma.

Lotfi Radhouane Chebil is a teacher and a journalist for Al-Shorouq in Tunisia.