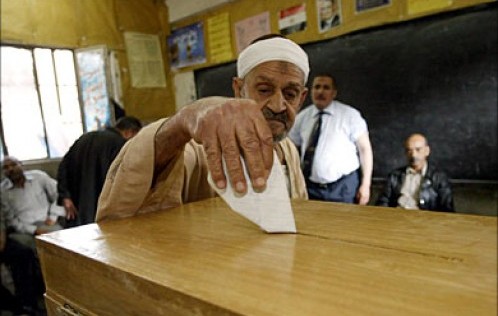 As millions of Egyptians turned to polling stations to take part in the first of three phases of the historic parliamentary elections, it was clear that a new era had dawned. For the first time in six decades, Egyptians are freely casting their votes in democratic elections.

Regardless of minor irregularities that marred the electoral process, and which are to be expected in a young democracy, the unprecedented turnout put to rest the idea that Egyptians are not ready for a democratic system.

Islamic political parties, who most likely will have the upper hand in drafting a new constitution and government, will face three key challenges: rebuilding the state’s dysfunctional institutions, putting the economy on the right track and attempting to weaken the army’s control over the state.

The tough task of agreeing on a constitution that appeals to all political and social forces ought to be formulated through consensus, taking into account the diversity of Egyptian society. Should Islamic political parties attempt to draft a constitution according to principles of sharia?

The Coptic minority, which constitutes around ten per cent of the population, and secular parties will voice strong objections. Such consensus is essential for the country’s unity and stability. If the diverse voices of society are not represented it is likely that Tahrir Square will once again be teeming with protestors, including youth, liberals and Copts.

When millions of Egyptians flocked to the now iconic Tahrir Square (and other locations in different governorates) during the 25 January revolution, their main motto was “bread, freedom, social justice”. Nine months after the ousting of Mubarak’s regime, people continue to occupy Tahrir Square because they don’t feel any of these critical needs have been met.

Islamic political movements have championed charity for decades, helping the poor keep afloat in a country lacking social justice, especially in the past two decades. Providing food and money to the underprivileged may have contributed to a sweeping electoral victory, but it will not suffice on its own.

A dedicated policy aimed at getting around 30 per cent of the population back above the poverty line should be the main concern of any new government. Microfinance for disadvantaged communities, especially in Upper Egypt where poverty reigns, as well as providing affordable loans to small and medium enterprises, could be a good start.

As growth rates decline (falling to less than two per cent in 2010-2011), nurturing a development-oriented state that encourages foreign investments, manufacturing and small and medium enterprises will remain key challenges facing any government.

Should the Islamic political parties find themselves at the helm of a new government, it would be wise to clearly state that religion would be a private matter and that they are against trying to impose a particular way of life. This would mean, for example, that Egypt would continue to welcome tourists, irrespective of their different lifestyles. A country suffering from levels of unemployment as high as 12 per cent cannot afford to jeopardise its tourism industry, until the revolution one of Egypt’s most important economic sectors with more than six million jobs.

But perhaps the toughest challenge ahead for the coming parliament and government will be negotiating the military’s dominant role in post-revolutionary Egypt. Currently, the officers corps control 10-20 per cent of the economy — an abnormal situation in a country seeking to build a sound, competitive economy.

Ultimately, for Egypt to realise a fully-fledged democracy, the elected government should seek to gradually minimise and then neutralise the army’s role in politics as well as the economy. Bringing about a meaningful shift in the current landscape will not be possible, however, without strong popular support. Here lies the importance of capitalising on the current momentum gathering in Tahrir Square, calling for an end to six decades of military rule.

For it to be successful, any new government should seriously address the injustices that triggered the revolt against Mubarak’s regime. For this to take place, the new government will have to coax the military into surrendering its powers to a civil leadership so Egypt can begin to forge the path to positive change in earnest.

Mohamed el Sayed is a journalist for the Al Ahram Weekly newspaper in Egypt.