The Sensitive Issue of Alcohol in the Muslim World 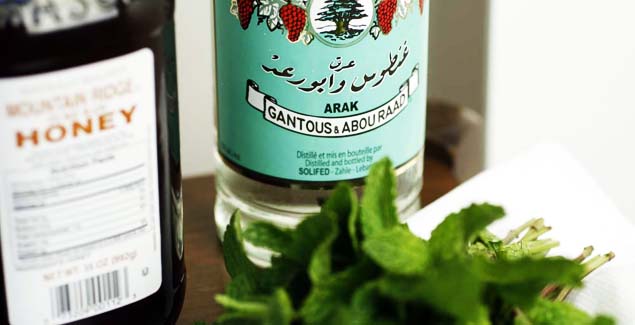 One evening a few weeks ago, I found myself sitting before a Palestinian and a Circassian in a Lebanese restaurant in the Jordanian capital with my Australian husband, who like me, is a resident of the United Arab Emirates, drinking Syrian Arak. It’s a funny thing, this drinking in Muslim countries. Even after living in one for the last four years, and travelling to several others in the region and out if it, I’m never really sure if it is taboo. And to make matters more perplexing, our companions were Muslim, and they had ordered the booze.

“I was born to Muslim parents,” the Palestinian said. “That makes me Muslim, but it’s not a choice I have actively made… Yet.” It’s a tricky subject. The Circassian nodded in assent. “Besides,” she said, “Borders are blurred here. It’s the Levant. We’re children of Nomads, Christians, Russians, Persians, Africans, Jews, Bedouin. Who knows what rules we are meant to follow?” They refilled our glasses, and then their own, the clear anise liquid tumbled over ice in tea glasses, and topped it up with water to cloud and dilute it.

This region is home to the most ancient history of drunken ancestors. Beer originated in Mesopotamia, the distillation of spirits probably started in Egypt (although the Greeks have clearer history), and the Persians were making wine 7000 years ago. It is probably a reasonable conclusion that God came to the Prophets in this region and warned the people to abstain, but also an ironic twist of fate, and certainly stroke of bad luck to the alcoholic beverage industry.

Jordan is over 90% Muslim, but it’s not hard to enjoy a dram. Arak is the tipple of choice for many – it’s drunk on the rocks, or long or short with still water, with or without mint, and similar to other anise drinks such as Ouzo and Pastis, is usually taken as an aperitif. It’s sweet, fragrant, cleansing, and strong enough to make you beat your leg on reflex like a dog getting a belly-rub.  It’s made all over the region, with quality ranging from rocket fuel to boutique moonshine. Lebanese versions are the most popular, and arguably the best, but the Syrian versions apparently use a higher quality anise.

Jordan makes a few versions of their own too. Order it by the glass – or, if you are with friends (like ours), by the half bottle (350ml) with a bucket of ice and a bottle of water. Personally, I’d like to see an Ammantini – possibly some Jordanian Arak with a squeeze of Syrian blood-orange juice shaken over saffron infused ice-cubes…

After quite a few centuries break, the Jordanians continue make their own wine (and beer, arak and whiskey). Up in the north, among the hills surrounding Ibrid stretching towards the eastern deserts are where the best examples seem to be found. Zumot lead the way, with the very quaffable St George red made of the strange combination of Cabernet Sauvignon and Pinot Noir. It’s on just about every restaurant winelist (those that serve alcohol), and a good fall-back.

They also make a very clean and flavoursome Pinot Grigio, which is harder to find, passed over in preference of their blousy chardonnay, and often more unfortunately a soapy Mount Nebo white blend. Other growing regions include the Jordan River Valley, on the fertile plains just north of the dead sea (possibly the only vineyards in the world at a negative altitude?), or in the rocky folds around Madaba. Zumot also have a small organic vineyard at Ma’in, where they produce wine for the Six Senses Resort, which amongst others joins their reasonable reserve range.

Jordan is not the only country making wine in the region. Lebanon is probably the only country making any form of vinous waves, predominantly with the label Musar. Smaller labels to include on the radar are Cave Kouroum, the mildly priced Clos de Cana, and the continuously improving Chateau Bellevue. Syria also strive to make wine in their superb landscape, and until recent times had been marked as the country to follow regarding winemaking in the region. Lets hope that the likes of Bargylus can continue amongst the unrest. North Africa also continues to produce wine against what would appear to be environmental odds, particularly in Morocco, where the French have invested more time and money than you would imagine to paint the mountains and dusty plains green with vines. There is even an appellation system of sorts, with one “quality wine” AOC (in the Atlas Mountains) and 14 AOGs ranging from the northern border with Algeria to the western coast. Chateau Roslane appears to be one to watch out for.

But what remains of concern to many is not necessarily the quality, but the presence of this dubious substance in countries where religion bars it. So for those who sympathize with WC Fields, who said: “Once, during prohibition, I was forced to live for days on nothing but food and water”:

In all countries that do allow it, perhaps except Turkey and Lebanon, it would be fair to say that alcohol is not as prolific as in other parts of the world. Unlike Australia, don’t expect any point in a city to be walking distance to the local pub and a bottle shop. You may just die of thirst before you stumble into a watering hole over here… Mind you, there are always taxis.