The Good, Bad and Interesting of Life in Jeddah 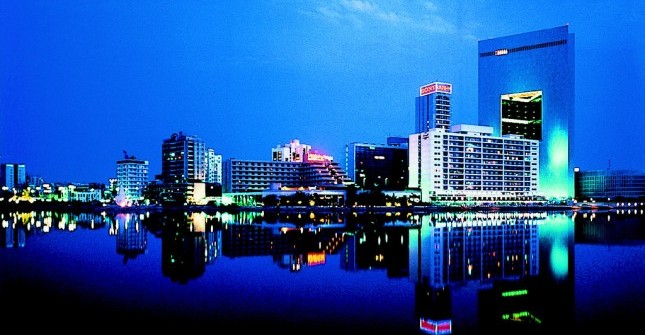 Living in Jeddah compared to the rest of Saudi Arabia is reminiscent at times to the Bizarro Dimension from the Superman comics. Being from a port city myself (Philadelphia), I expected most retail products like food stuff and the imported odds and ends which may be unavailable deep in the interior of Arabia, to be on the shelf and cheap in various variety here. You would also think this to be the case since Jeddah is rumored to be a city run by expats who exert a liberalizing influence on the social scene. To my surprise, the opposite appears to be the case. In Riyadh you can get grits, beef bacon and Hanes underwear for the western full figure gent (as opposed the stuff tailored for the Asian) and smoke oysters at a reasonable price. Jeddah has none of these things. Despite its seaside location, most things are more expensive in Jeddah than Riyadh (even seafood).

Someone explained to me that the seat of government in the realm is Riyadh therefore things are better. It is also said that certain elements of the administration have a pronounced dislike for Jeddah and referred to it as (in Arabic translation) the sludge of the sea.  Hence Riyadh is a family oriented place with a good standard of living at a reasonable price while Jeddah has been considered a crowded; expensive and dirty city.

I have observed that women can get away with wondering through the malls without an over-garment while wearing designer jeans, but if they wore the same in Riyadh she would be fined and possibly taken into custody by the Mutauwa (religious police).  As a matter of fact, in the two years I’ve lived in Jeddah, I can’t remember ever seeing the Mutauwa anywhere. I suspect maybe the real difference between the two cities are concern and apathy.

Recently, Jeddah changed its local governance and the city is being transformed by an infusion of urban planning and renewal (which don’t necessary go hand in hand in Saudi).  Roads once riddled with potholes are now being mended and expanded to accommodate its gateway to Mecca location and the Corniche (beach front) is undergoing a face lift that seems designed to improve the lot of residence of Jeddah in mind.

Jeddah also has an international reputation for its display of outdoor art. I miss my grits and eggs but there is nothing like going to the beach when the mood strikes you. Though we miss the cosmopolitan feel of Riyadh with its ultra-modern architecture and cold winter nights, I found enduring one of the oldest cities in Arabia has its secret rewards and benefits some of the locals and expats seem too used to or too busy to see.

Lately there has been a buildup of the central downtown which has come in the form of renovating play parks along the city side coast to a new aquarium—oddly situated in a place which doesn’t provide adequate parking a moderately busy fast food eat and run. This is the plague of Jeddah and other Saudi cities: customers ‘no service’. The typical business owner seems only concern with getting the product out. This means you have to ask for a napkin instead of having one stuffed in a bag with your sandwich and parking is your problem.

Being a conservative kind of guy, the good thing about Jeddah is that is the crossroads of all the places worth seeing in Arabia. Madinah Road host a variety of spots to dive and swim beyond the city limits and then there is Mecca and Madinah, the historical centers for the Muslim faithful.

Despite what many westerners think, the residents of Saudi Arabia aren’t huddled in the rubble of homes to avoid the vengeance of the Mutawa and a draconian government lurking clandestinely to seek out it enemies in the grind to seek and expand its nefarious power. The Arab spring didn’t happen here because for the most part, the people don’t suffer the oppression western and eastern governments yoked their people to stay in power. This is why change; even the good stuff, comes in slow doses.