The Climate of Hatred That Creates ‘Snaps’ 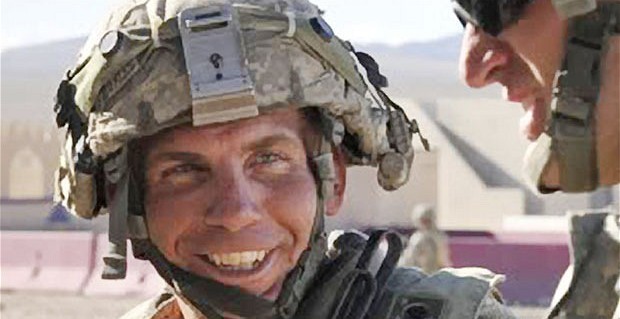 On March 11 an American soldier slipped out of his base before dawn and ended the lives of 17 Afghan civilians, who had returned to what they thought would be a safe home near the protection of the American military base. The general reaction to this is that the man “snapped,” an isolated act. Then there is the case of a Florida vigilante who shot an unarmed, young black kid wearing a hoodie and walking home; the man who shot him claims that it was in self defense. Someone must have “snapped” in the encounter.

Yesterday an as-yet-unidentified killer took the life of an Iraqi mother living in El Cajon, California. The murderer snuck into her bedroom and bludgeoned her to near death, leaving a note that said “go back to your country.” Perhaps this was also an individual that “snapped”? A trial is now ending for a student at Rutgers who played a prank on his roommate by setting up a web-cam to record a homosexual encounter; his roommate killed himself. I guess one could say that the suicide happened because this young man “snapped”? Four different deaths, but all assumed to be because an individual acted in an abnormal way, a criminal act (suicide is still a criminal act in U.S. law) that goes counter to a society’s moral norms.

Such immoral acts have been going on since the get-go of human civilization; even ardent biblical literalists point to the fratricide of Cain. But assuming that an individual has “snapped” explains nothing, except to say “well, that is not supposed to happen.” Following the media, we are far too snap-happy in explaining away murder. Consider the bumper sticker mentality that “guns do not kill people, but people do.” To me this is like saying that malaria doesn’t kill people, but mosquitoes who carry the malaria do. Obviously it is a combination of the two. People use guns to kill people, either issued by the military (as in Afghanistan) or because of a constitutional American right to bear arms and stand one’s ground (as in Florida). People also use knives and steel rods, or even their bare hands. There are various means, but is it really useful to cite “snapping” as the rationale?

In all of the cases above the individuals killed can be presumed to be innocent, although it seems that in some segments of American society today a black kid in a hoodie is guilty until proven innocent. But look at the note left by the killer of the Iraqi mother, whose bloodied body was discovered in the morning by her 17-year old daughter. Where is her “home” if not California? We are all immigrants here, some more closer to the present than others. Even the original inhabitants of the Americas migrated from Siberia. The Statue of Liberty still stands; she wields a torch to light the way, not a gun to keep out those who should stay at “home” elsewhere? And the Afghan villagers? They came home. Should it be a surprise that many Afghans want us to go home? Any that many Iraqis want us to go home after ten years of instability not seen since the last days of the fabled Abbasid caliphate?

We lock our doors because we suspect there are people out there who “snap,” but also there are those who don’t care about human life for all kinds of reasons. The four cases above are all different, yet the victims remain dead and mourned. Perhaps we need to snap ourselves out of accepting banal explanations. Most Americans look at the calculated destruction caused by the airplane suicide bombers on 9/11 as something much deeper than “snapping.” The vast majority of Muslims don’t; Islam is not a way of life that can be reduced to endemic hate any more than Judaism or Christianity can.

There is an old saying that home is where the heart is. It can and should be, but it is also the case that home is where the hate can be right alongside everything else we do. In a climate of hate-filled rhetoric, of continuing blatant racism in our country, of a politically charged defiance of reason in claiming President Obama must be a Muslim, of a complacent acceptance that people “snap” in a vacuum, we need to think more seriously about climate change. The heating up of hate rhetoric is culpable, as capable of affecting our lives as melting of the polar icecaps.

2 Responses to The Climate of Hatred That Creates ‘Snaps’