The Big Question:’Is Life Getting Better for Women?’ 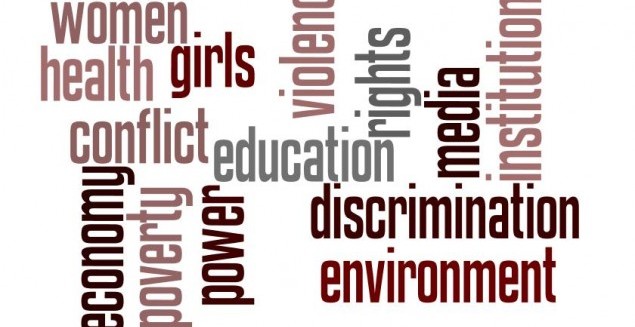 War, social upheaval and often a low starting point for women’s rights have made us hopeful of radical transformation. But this fundamental question – are things getting better for women? – can be applied to any country, any ethnicity and any religion. In fact it must be applied to all, because women everywhere need things to get better.

In India millions of pregnancies are terminated simply because the foetus is female. In China women are kidnapped as brides because the one-child policy has led to a surplus of men. In France one in 10 women is a victim of domestic violence. Two women are killed each week in the UK by current or former male partners. In the US women earn approximately 77 cents for every dollar that men earn.

Across cultural, religious and geographic divides, women are discriminated against in similar ways, just with different manifestations. We are all in this together, and should all be fighting on the same side. But how one defines “we” must change. It is important that men step into this debate, too. Not at a political or academic level, but at the human, emotional and enraged-by-the-lack-of-justice level.

I understand that this is an issue first for women, and that men might not want to be seen as telling women how they feel and what they want. But the fact is, men rarely ask why women feel this way, and how men can help change things. Why is it that when public cries are raised about women’s issues such as oppression, discrimination, physical and psychological abuse, and downright secondrate treatment, male voices are so rare in the conversation? Men have an innate sense of fairness, love and justice. So why do they show it so rarely on this topic? Why is there such reluctance to hold other males accountable for their silence?

Perhaps the trouble is that some men see women’s rights as a problem of individuals, nasty single men who perpetuate these crimes. That doesn’t make the collective silence right.

We need to ask these questions because the answers can help us create strategies that lead to real change. Real change is the ultimate goal for all women, no matter where they are