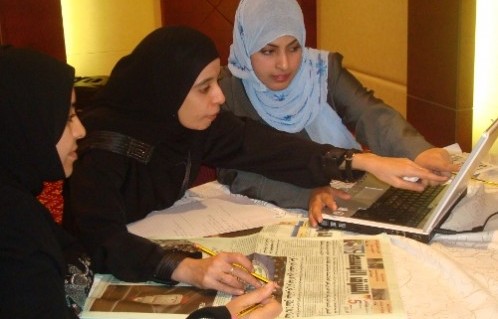 The Financial Times reports on the struggle within Saudi Arabia to reform its education system. While the government is largely forward thinking, its plans meet resistance from conservatives, primarily on religious grounds. While conservatives of any kind are resistant to change (that’s why they’re called ‘conservative’, after all), by making it about religion, they have the ability to derail reform. The battle, in fact, can stand as an exemplar of why religion and government must be separate.

Government relies on making rational decisions. Religion, by definition, is arational, not capable of being fully understood through reason, nor capable of being disproved as irrational. The two values are going to go crosswise often and education reform in the Kingdom is a stellar example of the conflict. Saudi Arabia needs competent people; no one will disagree with that. Competence comes from many sources, but one of the principal sources is education. If the time necessary to teach skills such as mathematics, history, or economics is taken up by other teaching, those studies must suffer.

Religious values are important in life, at least to those who hold them. They are not critical to survival, however, as in its quest for survival ranging over hundreds of thousands of years, religion has been present only over the most recent tens of thousands. Religion may nourish the spirit, but it does not nourish the body. Without bodies, there are no members of religious congregations. Right now, conservatives acting against reform are acting against the survival of Saudi Arabia as a viable nation, filled with living and productive people. Perhaps, by focusing on the afterlife, they see this as a good thing. Following that train of thought just a few steps, however, and you end up with suicides and suicide bombers. These are antithetical to Islam, we’re told, Islam values human life. Both things cannot be true at the same time.

While Saudi governance depends on support from many sectors, including the religious establishment and conservative Muslims, it cannot allow any group to veto necessary reform. Merchants don’t like paying import fees and taxes, yet they must pay them. Social liberals don’t like the constraints on individual behavior placed upon them by traditional Saudi social values, but they must abide them until they can change those values. Religious conservatives needs to find new ways to keep the essence of their religious views in the face of a rapidly changing world.

Few topics excite more passion in Saudi Arabia than education reform. Critics in the business community and in liberal circles bemoan an uneven commitment by the authorities to developing a curriculum that prepares young Saudis for work.

With unemployment at 10.5 per cent, and estimated at 39 per cent among Saudis aged 20-24, the kingdom sees job promotion as a national security imperative, particularly as unemployed young people have fuelled the uprisings in Egypt and Tunisia.

But conservatives, important allies of the ruling Al Saud family, see changes such as devoting more time to mathematics and science or introducing sports into girls’ schools as a western plot to secularise the kingdom, a dangerous charge in the birthplace of Islam.

In spite of resistance, efforts to shift the tenor of the debate have started. Since taking office in 2009, Prince Faisal bin Abdullah, education minister, has launched “dialogue workshops” with teachers, parents, students and clerics to explain the plans.

“Resistance to change happens when people do not understand what we are doing,” Faisal al-Muaammar, deputy education minister, tells the Financial Times.”

One Response to The Battle to Reform Saudi Education System