‘Teacher, We Can’t Hear You’: A Major Issue 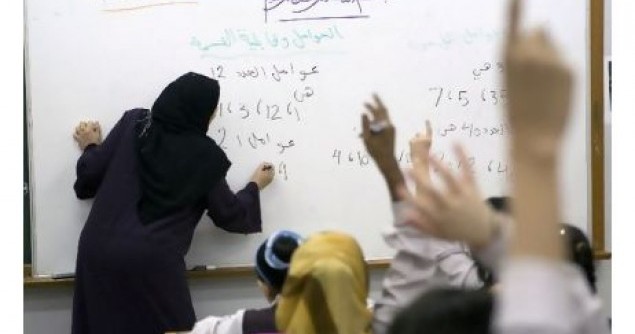 It’s July – a time when the temperature in the Gulf gets up to 50C, and rarely goes below 40C. My team are in one of the Gulf states. We are in various school classrooms running a summer program for some of the brightest teenagers in the country. The program includes classroom modules that are highly interactive – lots of questions and answers, group exercises, role-play and student presentations.

The workshops are mixed gender, so not all the students know each other. Many of them are used to single-sex schools. Some of the girls are a little shy, and speak in quiet voices. Each classroom contains two wall-mounted air conditioning units, supplemented by overhead fans. If they are all working at the same time, the quieter girls are virtually inaudible – both to the instructors and to their fellow students. If we turn one of the AC units off, the students soon complain about the heat.

The classrooms themselves are pretty standard for schools in the Middle East. They are kitted out for up to 25 students. We have classes of 14, so we have the opportunity to arrange the seating for maximum interaction and audibility. We create half-moon desk configurations, which give the students the opportunity to address each other as well as the instructor, and break-out areas where they will do group work.

Every time we move the students to the break-out areas there is a hideous screeching of chairs, as metal scrapes against hard floor. The classrooms have hard surfaces on the floors, walls and ceilings – perfect conditions for sound to bounce around the room. Without the air conditioners, the acoustics are just about OK, except when a chair moves. With the air conditioning on – essential in the summer heat – they are not good at all. The acoustics are just about acceptable if the method of teaching is standard chalk and talk, the teacher consistently speaks with a loud voice and the students are required to listen passively. But this is not what we do.

There is also a larger lecture room that holds up to 80 students. It is impossible for a lecturer to reach the back of the room without a microphone. The air conditioning is ridiculously loud.

In the classrooms we sometimes use two instructors in a single session. This enables me to sit at the back, listening to my counterpart. She is audible. Just.

What make things more difficult for the students is that we are teaching in English, their second language. When acoustics are poor in any environment, the human brain has an amazing ability to extrapolate meaning from information only partially received – we do this all the time over poor telephone connections. But to do so in a second language is much tougher.

There was no point complaining about the environment. It wasn’t about to change. And I like to think that we delivered a good programme despite the acoustics. Certainly the students thought so. But as the programme ended, it struck me that we were only in those classrooms for three weeks. The students who normally attend that school are there for several years.

There is nothing intrinsically wrong with the school. The teachers, some of whom I met before our programme started, seemed competent and caring. It was a lively place, full of lively kids. It’s not the oldest school in the country, and nor is it the newest. It’s typical of its genre.

Then I saw this video – one of the TEDTalks series – and I found I was not alone in my concerns. Julian Treasure is an acoustics expert. In the video, he talks among other things about the consequences of poor classroom acoustics on students and teachers. Reduced understanding, especially for students with impaired hearing or being taught in a second language. The risk of heart attacks for teachers consistently exposed to sound levels above a threashold of 65 decibels. He doesn’t deal with the problem of noisy air conditioning – that’s a further barrier to communications.

These are conditions I have often in the Middle East. Environmental problems are working against all the efforts and dollars invested in improving the schools systems. Investing in new computers, labs and shiny electronic whiteboards is fine. But if the students can’t hear properly, or if they’re too hot because of inefficient air conditioning, or too cold because central units are set at fixed levels that are difficult to adjust – another common problem – they are studying in a sub-optimal environment.

The cost of improving acoustics in classrooms is not prohibitive, as Treasure points out. It would be a tiny percentage of all the money being thrown into education, especially in the GCC countries. So why not do it?

I would urge every education minister and head teacher in the Middle East to look at this video, and think about diverting some dollars into improved acoustics. Not just the Middle East in fact – but that’s the area where I work and am therefore most concerned with. One modest and unspectacular change will reap enormous dividends.

There are many problems with education in the Middle East that are far harder to fix. This one’s relatively easy. But so obvious that it doesn’t seem to have occurred to anyone!