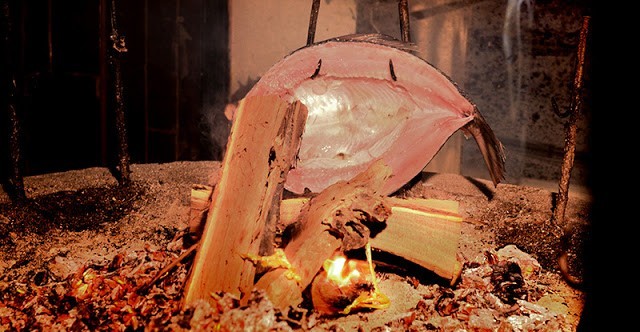 When I started the year, I thought over a few of my highlights of the last. Can you remember me mentioning Arva Ahmed of Frying Pan Adventures? Well, I’ve recently been on a second tour with Arva, and it was even better than the last. So much so, that she has aroused in me a desire for a whole series of posts rather than just one about the tour itself.

She’s an inspirational lass. She shows her clients that there is quite a bit more to our Asian restaurants of Dubai than a cheap curry or a tasty shawarma take-out. And as I write this from my hotel in Adelaide, this is reinforced ten-fold. I started thinking about Masqouf (you’ll find out more about that below). And I thought – I have a few hours… Maybe I could go and get an Iraqi hit somewhere? But no. There is not a single Iraqi restaurant in Adelaide. In fact, there only seem to be about 8 middle eastern restaurants total, and that counts shoddy corner kebeb places that only get haunted for Souvlaki at 1am when the pub closes. There is one Iraqi restaurant in Melbourne (my home town), and they serve kebabs, humus and pizza. Sydney also seems to have just one, but they have a reputation for snarling at customers rather than serving them.

Dubai really is an incredible place for food, and after a few months of dining in a well of mediocrity in this city, Arva has helped me realize this again. The challenge is to quash that Australian (and probably European too) ideal of needing to have a glass of wine with a meal. Liquor licensing in Dubai is limited (as you would probably expect in a Muslim country), and if we want to get the best of what Dubai has to offer – particularly when it comes to small, family owned restaurants and traditional cuisine – we really do need to haul out of the fancy hotels and give up the vino now and then. And so, post one, dedicated to Miss Frying Pan, is about Iraqi cuisine, which you will never find accompanied by a rosewater and gold champagne cocktail at a glamolith of the Dubai hotel industry. We’re talking a simple, cheap, tea-drinking experience in the crummy old streets of North bank Dubai. Firstly, I’ll share a little about what she taught me about Masqouf, and then, what I have learned since I left her tour.

Masqouf (also spelled meskhuf and masgouf) is an Ancient Sumerian way of cooking fish. Shabout, Boni or Katan (varieties of Carp) caught in the Euphrates or the Tigris are split open, and then fired on spiked beside logs and embers of smoking fig or apricot wood. They are positioned alongside the flame rather than on it, butterflied and vertical, meaning that the cooking is slow, and imparts a gentle smokey flavour. What you end up with is soft, mild and incredibly tender, flaky white fish, which is served with a tomato and green mango pickle. On the night, Arva explained its emotional link to the famous street of Abu Nuwas on the Tigris. I’m not going to tell you what that is – you’re going to have to book the tour and let her tell you herself.

It opened up a whole new world of carp to me. I had previously only associated it with the muddy-flavoured and super-survivor-envorionmental-disaster-of-the-Murray-River fish that ate all the food of our indigenous fish, thereby killing them off little by little. And then I also picture it as the $5 per kilo monstrous creature being shoved through fish mincers in stores in my local street for Gefilte, which was this stuff that basically ended up looking like poo preserved in a jar (I’m sorry if you like it… really, very sorry…), or possibly in a slightly prettier version if it was home made. But as I’m not Jewish and never been invited over for Passover (and now, I would imagine, after my previous comment, I probably never will be…. Sorry again) I can’t comment on that.

So – Masqouf is the big one to look for. But I’ve got some more tips for you – and all of these things you can find in various Iraqi restaurants of Dubai.

If you don’t make it in time, that’s ok – here’s your lunch or dinner checklist.

So – I’d love to hear any input you have – as you can see, I’m a bit of a new-comer to Iraqi cuisine, but an obvious fan. Restaurants? Dishes? Please comment and send me in the right direction.