Strands of Hair: Halal in Paris, Haram in Riyadh? 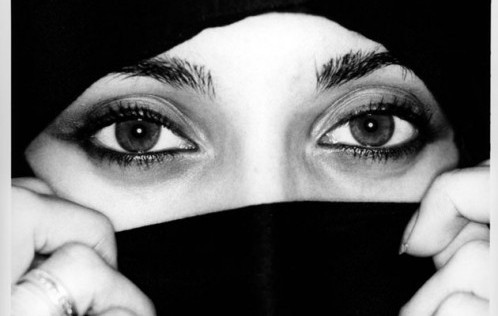 For some reason, the government here finds itself compelled to get involved in organizing cultural events even when they suck at it. Why? Maybe because they don’t allow non-governmental organizations that usually play such roles in other countries. Or maybe because they want to keep the matters of arts and culture under control. Anyway, they keep organizing these events and it is very rare that anything good comes out of them.

Recently, the Ministry of Culture and Information (MOCI) organized in Riyadh what they called the second intellectual forum. The word ‘intellectual’ here is a vague term used to describe a diverse group of people who work in the fields of arts and culture: writers, novelists, columnists, artists, journalists, etc.

This forum that took place in the Marriott hotel included discussion panels and meetings with senior government officials. It was also a chance for these so-called intellectuals, many of them have known each other for years, to meet and talk. Like most of these events, the forum almost passed unnoticed. That is, until al-Watan daily columnist Saleh al-Shehi tweeted this:

Translation: What happened in the Marriott lobby on the margins of the intellectuals forum is a shame and a disgrace.. I believe that the so-called cultural enlightenment program in Saudi Arabia is centered on women

That tweet generated some angry responses by other people who attended the forum. Author Abdo Khal, winner of the International Prize for Arabic Fiction aka the Arabic Man Booker, tweeted: “Your allegation has crossed the line. Either you prove it or face trial for libel. You should apologize before things get there.”

Abdul Aziz Khoja, the minister of information and culture, and whose this event is happening under his auspices, also took to Twitter to make his feelings clear:

Translation: For criticism to cross its goals and ethics and reaches the stage of libel and slandering, that is what’s shame. And I will say no more.

Al-Shehi was unapologetic. He insisted that as a good Muslim there was no way he could remain silent about what happened at the Marriott lobby. He also said that he plans to sue Khoja. This kind of talk struck a chord with the conservatives, who took his tweet and ran with it because it reaffirms their view of the so-called liberal intellectuals as a group of immoral men and women.

During a talk show on Rotana TV, Khal pressed al-Shehi to say what did he see exactly that he deemed too scandalous. The latter kept refusing to answer, but at the end of the show he agreed to provide one example: some women there did not cover their hair.

Some people think the government must be thrilled to see the elite of society bickering over trivialities like this instead of demanding political reform. For a government that paid billions in money handouts and made some merely symbolic concessions to prevent the Arab Spring from reaching their shores, a controversy like this one is certainly a welcome distraction.

The past few months have seen a wave of conservatism that al-Shehi and his supporters seem more than happy to ride. Hardliners are on the rise, and that shows in the heavy-handed manner in which authorities are dealing with recent calls for reform.

Earlier this week, the interior ministry ordered the arrest of 23 citizens wanted in connection to last October’s unrest in the city of Awwamiya in Qatif in the eastern part of the country. The ministry held a press conference to make the announcement and released a list of names and photos in a way that eerily similar to how the government dealt with Al Qaeda cells few years ago.

Few days later, the organizers of an event for arts and culture in Riyadh were ordered to cancel all the musical segments in their program, and two days ago long-time activist Mohammed Saeed Tayeb was stopped at the airport when he tried to board a plane to Cairo to attend his daughter’s wedding there.

In July 2010, Saleh al-Shehi wrote about meeting Abdo Khal in a Parisian cafe, where “girls of all nationalities and ages were flying around us like butterflies in the Spring season.” Why is he now all worked up about some Saudi women not covering their hair? Halal in Paris, haram in Riyadh?

Saleh al-Shehi kept repeating the word “shame” to describe what he saw at the now-infamous lobby, but failed to provide any specific examples except for the uncovered hair of some women. If some free strands of hair offend his sensibilities that much, then he probably should not be there in the first place. However, there are many other things in the country that he, and all of us, really, should be ashamed of like injustice, corruption and discrimination.

For shame, Saleh. For shame.