“Story of a Saudi Slave”: The Cruelty and Abuse 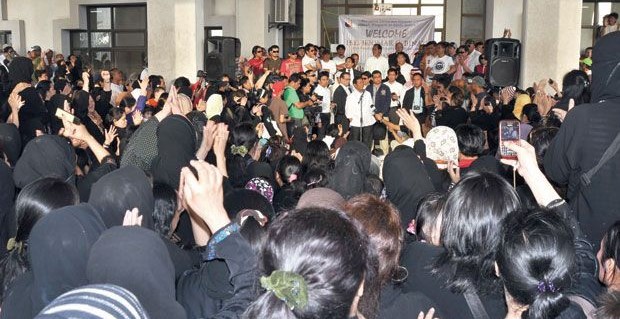 “Story of a Saudi Slave” is a documentary which began in 1993 and followed the journey of Jessica, a Filipina who chose to become a housemaid in Saudi Arabia. Video at the bottom of this article.

She was placed with a Saudi family from Jeddah.  After five months of not receiving any salary in addition to being beaten and fending off sexual advances, Jessica runs away.  She is taken into an Egyptian household where she thought she had found refuge but instead finds herself again an unpaid slave at the beck and call of the new family.  Now, without a passport and an illegal in Saudi Arabia, Jessica believes she has no options.

Eventually, the British media entity, “Dispatches”, tracks down Jessica in Jeddah.  Dispatches undercover reporters take her to the Philippine Consulate where she can explore options.  Jessica learns there are few viable options for a runaway illegal housemaid.  However the Egyptian family returns to Egypt and Jessica finds herself getting passed from family to family as an indentured servant.  After suffering more abuse and a rape, with the assistance of Dispatches, decides she is ready to return to her country.

Because Jessica’s initial sponsors, the Saudi family, had Jessica’s passport, her departure from Saudi Arabia is not an easy matter.  Jessica identifies an individual at the Philippine Consulate who will arrange documentation for her for a steep fee which will allow her to exit the Kingdom.  Saudi Arabia requires all individuals departing the country to have an exit stamp issued by the Ministry of Interior.  The Consulate employee states his fee is steep because part of it must go to pay off a Saudi who will help with Jessica’s departure.

This documentary is dated but it highlights the problems a housemaid can face when confronted with an employer who does not abide by the contract.  The documentary also illustrates the changes which took place in Jessica.  She started out as a somewhat meek woman but after the abuse describes in chilling detail how she dreamed and planned of killing her Saudi sponsor.

The documentary highlights flaws in the systems between two countries.  Yet, in spite of the risks associated with a Filipina taking a position as a housemaid in Saudi Arabia there are thousands of Filipina women willing to take that chance.

Not all employers of domestic help are abusive and cruel.  The video also points out that a housemaid does not need to be working for a Saudi to be ill-treated either.