The Stigma of Disability in Oman: It’s All of Our Shame 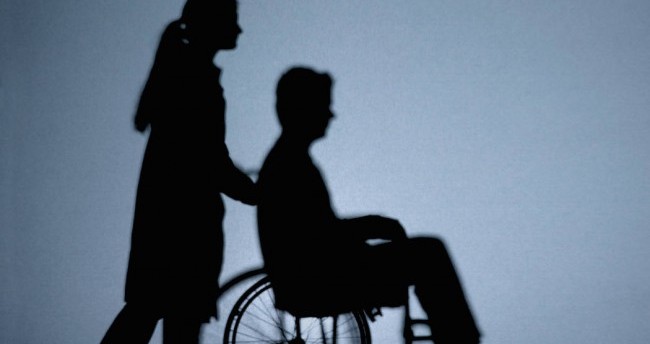 As Salalah waved off most of the monsoon tourists last week, I flew back home after having spent most of August in Canada relaxing and catching up on piles of academic work.

The one thing about Canada that always leaves me in awe is its attitude towards people with disabilities. Canada’s efforts to accommodate people with wheelchairs, walkers, mental disabilities and other physical limitations are truly remarkable as compared to Oman.

A couple of weeks ago I was sitting at a sidewalk café in downtown Ottawa reading. Over the course of one hour, eight individuals in wheelchairs zoomed past me. I am not exaggerating. That doesn’t even include people who went past with walkers and crutches.

Other people on the street paid little or no attention to these remarkable individuals, but coming from Oman I couldn’t help but stare in admiration. They manoeuvred their way through the crowds without expecting help or sympathy. The infrastructure of the city guarantees that they can get around on their own with little or no difficulty.

The public transport system, roads, sidewalks, shops, cinemas, restaurants, and other public facilities in all major cities in Canada cater to their needs. In Oman, individuals with disabilities are a very rare sight.

A recent visitor to Salalah told me they thought there were no disabled people in Oman! The harsh reality is that there are tens of thousands of them, but most are hidden behind closed doors.

When out in public, people tend to stare at them uncomfortably not knowing whether to ignore or offer help. It sounds harsh but I’ve seen it again and again, particularly in rural areas. Even the most basic right to reserved parking spots continues to be abused on a daily basis in Oman.

A dear friend of mine who passed away five years ago was the first person in a wheelchair to go to university in the south of Oman. During his first days at college ten years ago, no one would speak to him, faculty included. They would just stare. With his sense of humour and sheer determination he managed to make hundreds of friends by the time his first year was over, but those first few months were horrible. I still remember the fiasco of having to build ramps around campus to ensure he had access to most buildings.

Furthermore, the discrimination he faced from top government officials while fighting to obtain a scholarship is something so shameful that it hurts to even think about it. The official’s statement was something along the lines of ‘I’d rather give a scholarship to someone fit who can serve Oman, not a disfigured person in a wheelchair’.

Ten years later, very little has improved. There are very few options for people with disabilities in terms of work, education and mobility. There are laws to protect them from discrimination, but they are rarely enforced.

If major employers continue to discriminate on a regular basis against women, how do you think they would handle a person in a wheelchair?

The obvious answer is more discrimination. There has been a lot of discussion over the past few months about the need to establish a public authority for persons with disabilities in Oman. This occurred after the Shura Council brought the issue up in May this year.

Currently, the Ministry of Social Development oversees matters related to people with special abilities and needs but most of these efforts are focused in the capital area of Oman and tend to neglect other parts of the country.

For example, in Salalah there is only one centre for children with disabilities and a centre for the blind. Both centres struggle constantly for funding from the government and the private sector. I visited these centres a few years ago and was horrified at the lack of support to cover even the most basic necessities like water and electricity.

There is a law in Oman that requires private organisations with 50 or more persons to reserve at least two per cent of their jobs for people with disabilities. I have yet to hear of more than one organisation in Dhofar that actually pays any attention to this law. Who is responsible for ensuring the law is enforced?

I have heard people blame Omani families for hiding their disabled loved ones from the public for fear of shame. On the other hand, I have also heard plenty of people blame the government for not paying more attention to rehabilitation and accessibility.

Who is to blame? Should we be wasting our time throwing around blame instead of taking action? In developed countries, disabilities are no longer about people, but about their environment’s inability and unwillingness to accommodate them.

A government authority for people with disabilities in Oman would play an important role in enforcing laws against discrimination and ensuring that the public infrastructure of this country is tailored to cater to their needs.

Despite scattered efforts here and there to integrate persons with disabilities into society, we as a nation are far from being mature about these things. Until these capable individuals are able to lead semi-independent lives, we cannot even begin to think of referring to ourselves as a developed nation.