So What Now for Saudi Arabia’s Female Drivers? 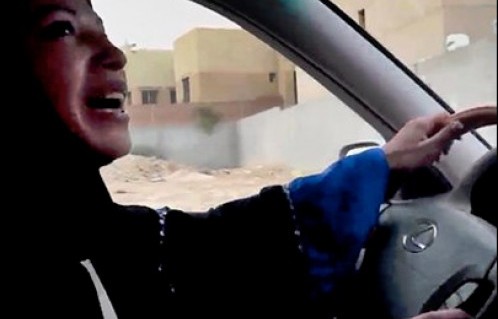 Friday June 17, 2011, marked the day that women in Saudi Arabia planned to begin their peaceful protest against an unfair ban against “Driving While Female” in the conservative desert kingdom. There have been reports from all over the country about women who hold valid international drivers’ licenses taking their rightful places behind the wheels with the support and blessings of their husbands and fathers. At the same time it appears as though the police are confused as to what their course of action should be, especially after the unpopular decision to jail Manal Al-Sharif, a young Saudi mother, for ten days in May 2011 for her crime of Driving While Female.

Disabling half the population of the country is a bad policy on so many levels:

• The added expense to families who must hire drivers is not cost effective, especially when women are perfectly capable of driving themselves.

• Importing droves of foreign males to act as private family drivers and taxi drivers presents a variety of potential problems for the Saudi women who are supposedly prohibited from driving for their own safety.

• Placing a Saudi woman in the company of a man driver who is not part of her family is totally against the teachings of Islam, which calls for unrelated men and women not to be alone together to prevent inappropriate contact from taking place.

• The women also suffer from the inconvenience of having to rely/impose on male family members just to take them to school, work, shopping, or to visit friends or relatives.

• In emergency situations, Saudi women are forced to choose between saving a loved one’s life by driving or by obeying the law of the land and possibly watching their loved one die.

The reasons for why disallowing women from driving is such a bad policy are too numerous to mention here, while the excuses for keeping this policy ban in effect range from feeble, outdated, unfair, and illogical, to downright ridiculous.

The world has finally sat up and taken notice of this infringement of Saudi women’s rights. There have been countless newspaper articles reporting on the situation and numerous online groups and videos supporting Saudi women in their quest to obtain this very basic function of living a normal life.

Those who are against allowing women to drive in Saudi Arabia at this point will probably never be ready for it and will never change their minds. But it is obvious to me after my short time in the kingdom these past few years that those who are in favor of lifting the ban have found their voices and are ready for this to happen.

“Driving While Female” should not be considered a crime anywhere in the world.

What will Saudi Arabia do?

4 Responses to So What Now for Saudi Arabia’s Female Drivers?