So What Exactly Is The Brotherhood’s Definition of Culture? 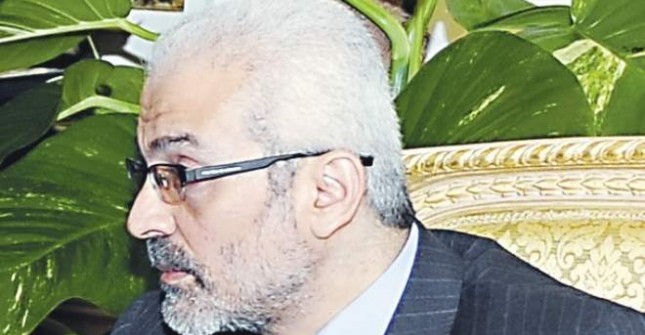 As new culture minister Alaa Abdel-Aziz continues his firings, Muslim Brotherhood spokespersons — while denying that Abdel-Aziz is part of the MB — have been leaping to his defense:

Statements about the disintegrating state of culture in the Mubarak years certainly ring true enough. That corruption might be involved does not beggar belief — although, as Ahram Online reports, “No lawsuits for corruption at the [culture] ministry are known to have been filed since [Abdel-Aziz] took office.” Several MB spokespeople have also made statements against “elites” – always a good strategy.

So, thus far, we have a vision wherein culture = a practice of non-corrupt non-elites. Fair enough.

Nonetheless, it doesn’t seem the MB plans any change to the structure of State Culture mechanisms, but instead simply to shift to “new faces.” And, while MB statements have tepidly supported the arts, it’s a very careful sort of support. Dr. Mahmoud Ghozlan, in defending Abdel-Aziz to The Guardian newspaper:

“We are not against creativity and art that elevate and enhance ideas, morals and people, and uphold the values of society.”

Also, in the same statement:

Dr. Ghozlan wondered, “Does it make sense that cultured, civilized or enlightened artists, whose tools are art and creativity, storm the Ministry of Culture where an honorable minister is endeavoring to put an end to wasting public funds? Does it make sense for such ‘intellectuals’ to claim they uphold the state’s status and the culture of Egypt as they storm the Ministry?”

I like Ghozlan’s vision of what artists do, although perhaps it’s not all tea-sipping in drawing rooms while discussing High Culture in hushed tones.

Meanwhile, the crowd watching Ahmed Nabil on Oud singing Sheikh Imam while awaiting the ballet street performance last night seemed to have had a good time. And indeed:

‏@AhramOnlineArts: Sheer euphoria now on the streets outside ministry of culture as the crowd joins with dancers on the makeshift dance floor on the tarmac!