Sectarianism: Syria’s ‘Elephant in the Room’ 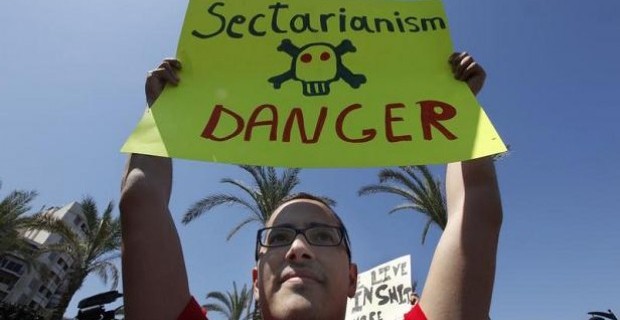 Excellent argument by Robin Yassin-Kassab, who looks back at the history of Syria’s sectarian divides. And what can be done to avoid an intra-community battle.

“Public discussion of sect and sectarianism was taboo. To an extent this was a good thing. When I lived in Damascus I heard about a Christian (the friend of a friend) who had a fist fight with a Jew. The fight was over the affections of a woman, and had nothing to do with religion or sect, but the Christian was nevertheless swooped upon by plain-clothes mukhabarat on suspicion of provoking sectarian dissension. This was unfair, but also somehow impressive. (Of course, if you were minster of defense – and your name was Mustafa Tlass – you could write volumes of ridiculous text on Jewish ‘blood sacrifice’ and no mukhabarat would swoop down on you). …

There is certainly some truth to the mosaic idea. A variety of ethnicities and religions have coexisted in Greater Syria for thousands of years, and peaceful interaction has been the rule. Yet there have been bloody exceptions. As Ottomanism degenerated and European powers moved in to sponsor favoured communities in the 19th Century, relations often broke down. Druze and Christians fought each other. In 1860 the Christian quarter of Damascus was destroyed by fire. And then there’s the case of the Alawis. Except in Antakya, now part of Turkey, Alawis didn’t share Syrian cities with Sunnis until the French arrived in the 1920s. Since Ibn Taymiyya, under Mamluks and Ottomans, Alawis were deprived of all legal and civil rights as soon as they set foot outside their own villages. Most young Alawis have no theological gripe with Sunnism, but they’ve heard stories of insult and humiliation from their grandfathers. …

Rather than eternally agitating for a Western military intervention that will probably never come, the Syrian National Council would do better to address Alawis and Christians specifically and repeatedly, to name the crimes committed against them in the past, and to welcome the migration of Alawis and others to the urban centres in the Ba‘athist years as a redress of historical wrongs. And anti-Sunni prejudice should also be addressed. Those Syrians who believe that a chant of ‘Allahu akbar’ is inevitably a call for Sunni supremacy, for instance, should be encouraged to confront their assumptions.

Saudi-backed Salafists are already talking about sect. Important sections of Sunni society in Lebanon and Iraq understand the Syrian tragedy in sectarian terms. Western journalists very often overemphasise the salience of sect. Why then do pro-revolution leftists, liberals and secularists tend to ignore the issue, and to leave the field to more retrograde voices? People are being killed. There isn’t any more time to waste on taboos.”

One Response to Sectarianism: Syria’s ‘Elephant in the Room’