Saudi Women Want Support, But Not From Western Feminists 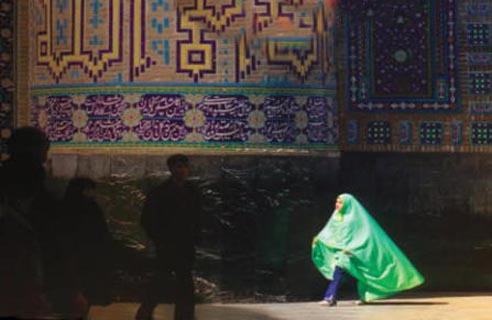 From Paradise Beneath Her Feet, by Isobel Coleman

Perhaps one of the most significant developments emerging from the Tunisian and Egyptian revolutions is the growing Arab women’s rights movement that has spread to the anti-government demonstrations in Bahrain and Yemen.

Absent, however, from the chorus of women’s voices demanding equity in the workplace, freedom to travel and a role in government are Saudis, who have done little to join their Arab sisters to create a feminist movement. In fact, no such organized movement exists in Saudi Arabia.

“I don’t see signs of a feminist movement,” says Isobel Coleman, a senior fellow for the Council on Foreign Relations in New York. “I see signs of rising consciousness among women—a questioning of why things are they way they are.”

Rasha Alduwaisi, 30, a Saudi mother, is a leading force behind the first tentative steps to galvanize women through the Saudi Women Revolution Facebook page. She acknowledges a feminist movement is an uphill battle.

“There’s almost no organized effort whatsoever to try to obtain these rights we’re seeking,” Alduwaisi told The Media Line. “Saudi women are raised to be subordinate, and grew up with the society drilling in them that their issues are marginal. This upbringing in my opinion is playing a huge role in the reluctance and hesitation in taking the steps that such a movement calls for.”

Saudi Arabia has long stood apart from other Arab nations in how it treats its female population. Older generations of Saudi women through most of the 20th century were largely content with gender roles imposed by the patriarchal religious establishment. Post-secondary education for women was elusive until a minority of wealthy Saudi women began studying abroad in the 1980s. University education blossomed in the years following 9/11. Today, more than 60% of Saudi Arabia’s university students are women.

The rapid shift to educating Saudi women has given them a voice, but it also created a divide between today’s young females and their mothers’ generation. Disparate views on the role Saudi women play in society have contributed to a lack of unity. In addition, the ambitions of rural women, who may focus on economic survival in farming communities, contrasts sharply with educated urban women who may seek positions in government and business.

These differences have prevented the development of a grassroots to campaign.

“Public demonstrations and mobilization are treated criminally in Saudi for just about anything, so it’s particularly hard for women to form a robust movement,” Coleman told The Media Line. “Here, social media will help.”

Marwa Al-Saleh, founder and general manager of Almarwa.net, a web design and online marketing company in Al-Khobar, promotes the Saudi Women Revolution Facebook page with Alduwaisi. Al-Saleh says most Saudi women are unaware of their rights. “Sometimes they think their rights are against Islam.”

The definition of feminism remains a sticking point with young Saudis who say they want a feminist movement on their own terms, which includes Islam as a major component. Alduwaisi says she prefers a “Saudi-Islamic” feminist movement, noting that she wants rights that consider religion and a Sharia-based judicial system.

Coleman, who authored the book Paradise Beneath Her Feet: How Women are Transforming the Middle East, which examines Islamic feminism, says Western feminism appears threatening to Saudi men because it’s perceived as leading to high divorce rates and promoting promiscuity. She noted the portrayal of women in American films and television feed negative stereotypes of Western women. “Islamic feminism provides a more comfortable alternative path toward change,” she says. “It can be seen as more culturally relevant and less threatening to core Islamic values.”

Alduwaisi and Al-Saleh reject the Western definition of feminism, although there is no shortage of Arab women speaking to the Western media on behalf of Saudi women.

For example, some prominent Saudi women, such as Wajeha Al-Huwaider and Mai Yamani, frequently address Saudi women’s rights on Western news shows. Yet they have little traction with women living in Saudi Arabia because their idea of feminism reflects Western concepts not compatible with Islam.

“These women represent the opinion of a minority,” Alduwaisi says. “So I don’t think many Saudi women would want to have them be the face of the movement. I believe if we want this movement to be a success we’ll need a more moderate or conservative face.”

A 29-year-old Saudi woman journalist, who asked not to be identified, says few young women have role models beyond the Prophet Muhammad’s wives, Aisha bint Abu Bakr and Khad?jah bint Khuwaylid. “If I was looking for role models, I’d want women who looked and talked like me, covered with the hijab and addressing me as a Saudi woman. Not some Western ideal of what a Saudi woman should be.”

Al-Saleh says women’s rights critics who wave the warning flag of Western liberalism are looking for excuses to deny Saudi women a role in society. She points to neighboring Arab countries that have found room for women in the workplace and government. “Is Saudi Arabia the only Islamic country? Look at the United Arab Emirates, Kuwait, Bahrain and Qatar.”

Yet even an Islamic feminist movement faces significant challenges. Much like the Western suffragette movement of the early 20th century, the most vocal critics of Saudi feminism may be women. Rowdha Yousef and 15 other women, for example, launched the “My Guardian Knows What’s Best for Me” campaign in 2009 in reaction to calls to eliminate guardianship laws.

The push-pull of differing agendas makes empowering women slow going, although there are potential allies in powerful places to help create momentum. Prince Alwaleed bin Talal complained in February that Arab women were “economically and socially marginalized.” He routinely hires women in key corporate positions and makes it a point to showcase female entrepreneurial talent.

Princess Lolwah Al-Faisal has been a powerful ally in furthering the integration of Saudi women in the workplace and education by lending her support to several women’s groups. Princess Fatimah Kulsum runs a slew of welfare and charity groups for women. Princesses Adela bint Abdullah Al-Saud and Seetah bint Abdullah Al-Saud have emerged as the female representation in King Abdullah’s reform agenda by lending their names to various programs.

However, the larger issue should a Saudi-Islamic feminist movement succeed is just how to interpret women’s rights guaranteed in Islam.

“There are more progressive interpretations that can get women very far, but there will always be those who want a more conservative interpretation that will impede rights for women,” Coleman says. “Protecting those universal rights ultimately depends on a separation of the religious and legal spheres.”

Pending codification of Isalmic law (sharia) in the Saudi judicial system may resolve issues of interpretation, but the basic premise of sharia is that’s always applied in the context of time and place. Male guardianship, for example, is outmoded in the 21st century kingdom, according to activists.

Abuses of guardianship over travel issues also play an important part in the future of a woman’s movement. A hadith, which contains the words and deeds of Mohammed and pertain to matters of Islamic jurisprudence, states that women must not travel without a guardian if the journey takes longer than three days. Travel in modern society no longer takes three days. If an Islamic feminist movement were to take root, reinterpreting the hadith would be a core issue on the table.

“The first priority is to get rid of male guardianship on woman after 18 in everything: Education, travel, work, business, finances, medical services, government and marriage after 25,” says Al-Saleh.

This article was originally published in The Media Line.