Saudi Tourism: Is It Finally About To Happen? 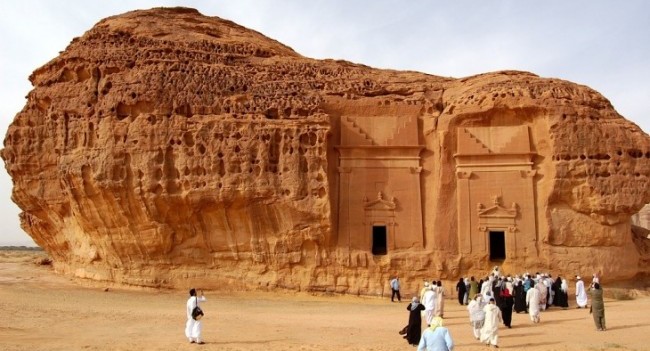 After many prior announcements — all of which turned out to be premature — the Saudi government is now preparing to offer Tourist Visas to those interested in seeing Saudi Arabia for reasons other than business and religious obligation. Arab News reports that the Council of Ministers has asked the Saudi tourist commission (a government agency) to come up with the regulations necessary. That commission is an active one, so something is likely to happen. Sometime.

Saudi Arabia still lacks a lot of necessary tourist infrastructure. There are hotels in the major cities, of course, but not at the more remote — and more interesting — sites. Transportation is still a problem, hazardous at best. And then there’s the mismatch between Saudi attitudes toward foreigners and the fact that tourists expect to be treated warmly and generously. Saudis are certainly generous people, but I would not consider them particularly warm when it comes to dealing with foreigners. The religious police are going to need some expanded training, too.

Saudi Arabia’s tourism industry is set to receive a shot in the arm following the government’s decision to issue tourist visas for the first time to woo foreigners intending to visit its historical sites.

The Council of Ministers has entrusted the Saudi Commission for Tourism and Antiquities (SCTA) with the task of issuing tourist visas on the basis of certain regulations approved by the Ministries of Interior and Foreign Affairs.

The new tourism law aims at bringing about a qualitative improvement in the industry, which is expected to play a significant role in strengthening the economy besides creating thousands of jobs for Saudis.