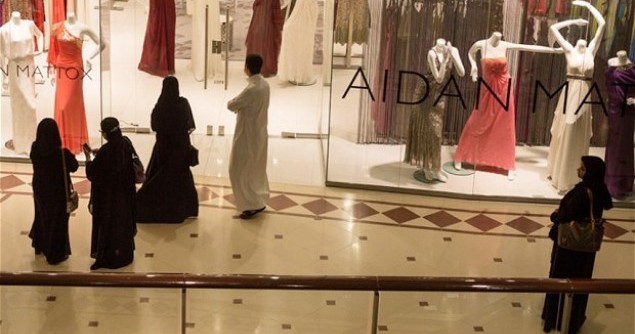 One of the problems that Saudi Arabs have with the Commission for the Promotion of Virtue and Prevention of Vice is that too often their behavior seems cowboyish. The religious police seem to act willy-nilly, finding offenses occurring when no one else can. Acting on their own accord, with no warning to the general public about what behavior they’ll find offense today gives them the appearance of some sort of official thugs.

Saudi media are reporting today that the President of the Commission has redrawn the lines about what the religious police can and cannot do. As a result, complaints about their behavior have been sharply reduced.

Now, Saudi Arabia only needs to think hard about whether religious police are actually necessary. Adults are capable of making choices about how they conduct their lives. Some choices will be good and some will be bad. When the bad choices rise to the level of criminal activity, then there is a role for regular police, law, and the courts. When it is a matter of manners or religious duty, however, that should be left to the relationship between the individual and his deity.

President of the Commission for the Promotion of Virtue and Prevention of Vice (Haia) said that the commission’s field personnel will soon be banned from standing in front of mall gates and their duties will be limited to Shariah violations and acts that annoy shoppers.

Haia field staff in some regions recently prevented individual males (without their women relatives) from entering malls, which contradicts regulations that allow them entry and shopping. “No Haia member is entitled to prevent anyone from entering malls,” Abdullatif Al-Asheikh was quoted as saying by an Arabic newspaper.

He said a new soon-to-be-issued regulation will specify rules for the work of Haia’s field officials. That entails curtailing some of their powers. The officials will no longer be able to carry out raids wihtout with the official approval of the governor. They also will not be able to arrest, detain and interrogate people and attend trials at courts.

These powers will be given to other bodies such as the police and the anti-corruption commission.
…

JEDDAH — A decision has been made banning field members of the Commission for Promotion of Virtue and Prevention of Vice (Hai’a) from stationing themselves at mall entrances, said Sheikh Abdul Lateef Aal Alsheikh, president of the commission.

He said the decision was taken as their presence irritated the shoppers.The comments came in an exclusive interview conducted by Okaz/Saudi Gazette with the Hai’a chief.

Some Hai’a field staffers prevented young shoppers from entering malls in some regions even though such actions contravene the rules and guidelines issued to them.

“By law, no staff member is allowed to station himself at gates of any mall or has the power to prevent anyone from entering the mall,” Alsheikh said.

3 Responses to Saudi Religious Police Have Their Powers Reduced