Saudi-Arabia: Roads Not Paved in Gold For All 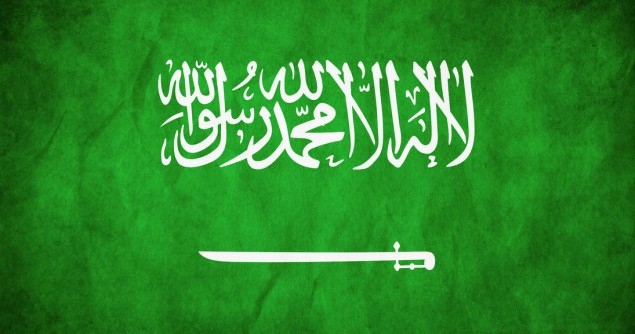 Saudi-Arabia, the land of the filthy rich sheikhs who live in extravagant palaces.. The Kingdom where everyone enjoys the unbelievable riches that stem from its loins in the form of black gold…In Saudi-Arabia surely all citizens live at least a fairly comfortable and easy life, right? Not exactly.

This is the impression that many outsiders have about the Kingdom of Saudi-Arabia. Through the eyes of most foreigners, it’s a place full of wealth and luxury where all Saudis live in large villas and mansions, tended to by servants, maids and drivers. They drive in the latest sports car models and luxury SUV’s, spending most of their free time shopping for the latest Gucci bag or Rolex watch.

All of the above may be true for a minority of Saudis but there’s another side to the coin, and it’s not all that shiny. While the rich Saudis live lavishly, the poor languish in misery.

There is a rarely seen “dark side” to the Kingdom. Poverty, unemployment, hunger, beggars, shack villages..They all exist in Saudi-Arabia.

According to a report by The Washington Post, poverty in Saudi-Arabia is increasing. An estimated quarter of the population (2-4 million) live below the poverty line. http://www.guardian.co.uk/world/2013/jan/01/saudi-arabia-riyadh-poverty-inequality That is a staggering amount. So where do all these people live?

The following is a photo collection from around the Kingdom of Saudi-Arabia displaying the very humble and some even shocking circumstances that millions of Saudis live under. http://blueabaya.blogspot.com/2013/01/saudi-arabia-from-rags-to-riches.html

There are Saudis who live in houses built out of mud. Many of them do not enjoy the luxury of running water, plumbing or electricity. There are Saudis who build straw huts for their families to live in. They are goat herders and live much like some rural tribes in Africa. Others have no other option than to live in shack villages or even on the streets.

While the average Saudi probably falls somewhere between the wide array of these two extremes, lets not forget that there are families in the Saudi Kingdom who struggle everyday to find a decent meal to feed their starving children. These struggles are mostly unseen and unheard of to the average Saudis. These people are the forgotten ones, the hidden “dirty” secrets. Many of them are widowed or divorced women with no source of income, or ways to find (or get to) work.

The trend in Saudi, like all over the world, is the rich are getting richer and the poor even poorer. This seems to be a paradox keeping in mind the importance of zakat (giving charity) in Islam. Many Saudis give zakat during Ramadan only, when it’s believed that blessings from giving charity to the poor are multiplied. One reason that Saudis don’t help the poorest citizens more is simply the lack of social charity organizations and channels through which to donate.

Saudi-Arabia does have some social charity organizations to support the poor, but although they go by the name of NGO’s, they’re still heavily controlled and supervised by the government. Strict rules apply for everything from the range of permissible activities to regulating donations to cash only. Currently the law prohibits foreign organizations from opening branches in Saudi-Arabia and foreign funding is also restricted. http://www.icnl.org/research/monitor/saudiarabia.html

There is a draft law which would hopefully relax the rules for charitable organizations and help would reach more people in more effective and productive ways. http://al-shorfa.com/en_GB/articles/meii/features/2012/10/05/feature-02

But does this solve the underlying issues, the cause of poverty?

In a country with so much wealth, how did this happen?