Salalah Dining: An Experience But For All the Wrong Reasons 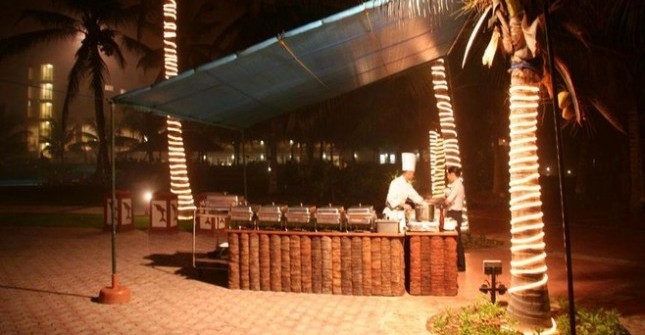 Most of March for me was spent at a snowy human rights retreat. The experience was so intense and stimulating that I had no time whatsoever to keep up with what was going on in Oman. I usually monitor Twitter, Facebook, local news forums, and all Google alerts concerning Oman and Dhofar in particular. Upon my return to hot and humid Salalah a few days ago, I asked everyone ‘So what’s the news?’ The recurring answer was ‘McDonald’s opened’.

Before the new Omani weekend announcement bomb that was dropped on us earlier this week, McDonald’s had managed to pop up in almost every conversation.

Personally, I was put off McDonald’s by a road trip my family took through rural USA 14 years ago where we ended up eating Big Mac meals at least twice a day to keep my then-seven year old brother happy, and because there really wasn’t much else to eat where we were (look up Mayfield, Kentucky if you really must know). A few years later the documentary Super-Size Me almost put me off fast food for good. You should watch it.

As many parts of the world move away from fast food due to better health awareness, why was the opening of McDonald’s in Salalah such a big deal? Thousands flocked to get their burger fix in the first couple of days causing major traffic jams, and even a local traditional music troupe were brought in to celebrate the opening.

In other words, the opening of McDonald’s in Salalah was major local news. My brother spent one and a half hours in line to get his a burger and sundae for old times’ sake.

Many locals have referred to McDonald’s as upscale, modern and clean. I’m not entirely sure about upscale but it definitely scores on cleanliness front compared to most restaurants in this town.

With its cheap prices, friendly staff, tasty fast food, and quick service, McDonald’s is a slap in the face to 90 per cent of restaurants in Dhofar.

I asked family and friends this week to describe the restaurant scene in Salalah in one word. Answers ranged from ‘non-existent’, ‘cheap’, ‘dirty’, and ‘greasy’ to ‘pitiful’. Unfortunately, I tend to agree.

To be fair we do have a handful of Lebanese, Turkish, Indian and Chinese restaurants that serve decent food. Seating in these restaurants is below standard because the culture of ‘dining out’ hasn’t really reached Salalah yet.

Restaurants in Salalah generally refer to the hole-in-the-wall places where you drive up, honk your horn obnoxiously, shout your order to the poor Asian worker who functions as chef, waiter, and cleaner, then drive off with cheap Styrofoam packaged junk food and try not to think about the possibility of spiders crawling out of your sandwiches (been there, done that).

A little over a year ago an incredible independent Thai eatery opened up in one of the local banana farms. At the time, I thought to myself ‘At last! A decent restaurant! Something different!’ To my utter dismay and for reasons beyond their control, the owners are closing down the restaurant this week. And we’re back to square one….

With the government investing so much in tourism in the south of Oman, it baffles me why so little attention has been given to developing the restaurant-scene. The only fine dining options in Salalah are at the two five-star hotels. There’s nowhere really to have a coffee with friends.

Female-friendly options are very limited. The beach stretch in town is lined with male-dominated hookah joints when it should have at least a couple of decent cafés that actually serve coffee. When contemplating eating out, my friends and I usually end up on the beach with a bag of shawarmas. What other options do we have?