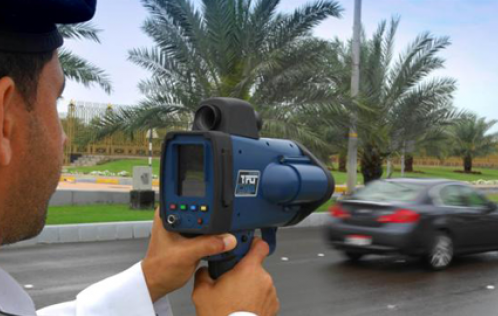 ‘Saher’ is the traffic monitoring system the Saudi government has implemented to make the country’s roads less hazardous. It combines cameras and radar to track speeding as well as the running of red lights. It is not very popular, but it does save lives and resources, this article from Saudi Gazette reports.

In the US, radar and laser speed-monitoring has been in effect for decades. Red light cameras are relatively new and there are grave questions about whether they truly serve to reduce accidents (there is conflicting research) or are just mechanisms through which government extracts extra money from drivers’ pockets. Some cities and states in the US, in fact, have passed laws – or had laws imposed on them through referenda – that ban red light cameras.

In the Kingdom, though, they seem to be having an effect. The piece states that since the introduction of the Saher program in August, 2010, Jeddah alone has seen a 35% decrease in road deaths, a 36% reduction in accidents, and a 38% reduction in injuries. Those are significant numbers.

The program has also been used, the paper reports, to track stolen vehicles as well as ‘suspicious’ ones, i.e., those being used by potential criminals. Those uses, though not major, are just a bonus. Anything that makes driving in Saudi Arabia less hazardous should be applauded.

Were you furious when you were cruising down Jeddah’s Madinah Highway, and were discreetly clicked by a Saher camera? And you raged with anger when you were fined SR300.

Well, don’t be furious because it may affect the ‘cool show’ you are trying to put on by cruising and screeching in your fancy cars, but in reality Saher is saving lives of many such drivers and innocent victims of such sordid show.

A recent study by the Jeddah Traffic Police revealed that the introduction of Saher camera has significantly contributed to the safety of drivers, passengers and pedestrians. The immediate and costly penalties incurred on traffic violators have improved the driving behavior of many motorists, for they fear being clicked by Saher and slapped with heavy fines.