The Essence of Islam: Are We Missing the Point? 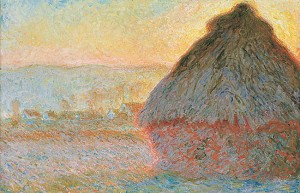 To some, a Monet is only a collection of dots. To others, it is a perfect masterpiece. To some, Islam is nothing but a code of rules and regulations. But, to those who understand, it is a perfect vision of life.

As Muslims, we often focus so much on Islam’s dos and don’ts that we miss the bigger picture. Islam came to perfect our manners, and yet we are willing to scream and shout to win an argument about zabiha meat. Islam came to build our bond with our Creator, and while we wear our hijabs and kufis, we delay our prayers.

Islam came to establish a community of believers, but while we decorate our masjids with gold and silver, our prayer rows remain empty. Islam came to teach us about God, and despite wearing His words on our necklaces and decorating our houses with them, when those verses are recited to us, our hearts remain unmoved and our lives unchanged.

And Islam came to make us one brotherhood, yet we divide ourselves and alienate one another over issues like moon sighting and voting.

This is not to say, of course, that the dos and don’ts in Islam are not important. They are crucial. The problem is that we have forgotten what they stand for. For example, the wearing of Islamic dress should never be minimized. But we have forgotten that that hijab and that beard are only symbols of our greater devotion to God. For us to wear that hijab and that beard while it has no bearing on our character means we have missed the point.

If we spend thousands of dollars decorating our masjids but then use that masjid only to display status and win arguments, we have lost its intended purpose. And if we have memorized every haram and halal ingredient of facial soap, but we own businesses that are based on interest and sell alcohol, have we not made a mockery of Allah’s deen?

That deen is what transforms humanity from the lowest of the low to the representatives of God on earth. The Qur’an tells us: “Behold, thy Lord said to the angels: ‘I will create a vicegerent on earth…’” (Qur’an, 2:30)

As a representative of God on earth, we are given a very great responsibility. It is a trust so heavy that even the mountains rejected it. Allah tells us in the Qur’an: “We did indeed offer the trust to the Heavens and the Earth and the mountains; but they refused to undertake it, being afraid thereof: but man undertook it; he was indeed unjust and foolish.” (Qur’an, 33:72)

As believers, we should never lose sight of this responsibility. It is the fulfillment of that mission that transforms us from ‘asfala safileen’ – the lowest of the low (Qur’an, 95:5), into ‘khaira ummatin ukhrijat linnaas’ – the best of people arisen for mankind. (Qur’an, 3:110)

But how can we be that “best of people”? Allah describes how in His book: “Ye are the best of peoples, risen up for mankind, commanding what is right, forbidding what is evil, and believing in Allah… ” (Qur’an, 3:110).

The essence of that struggle is to believe, to fight for Truth and to strive against evil. And as soon as we give up that noble struggle, we will become among those people who Allah describes in surat Al-Asr as being in an utter state of loss. Allah also describes the ones who will be saved from that state: “Except such as have faith, and do righteous deeds, and (join together) in the mutual teaching of truth, and of patience and constancy.” (Qur’an, 103:3)

And, so, if we continue to abandon this greater mission and purpose, we will have transformed the perfect vision of existence into nothing more than a collection of dots.

This article comes courtesy of http://www.suhaibwebb.com/, a site dedicated to enhancing the spiritual and religious development of Muslims through sound, balanced & moderate Islamic teachings.