Pure Theatre: The Drama Of The Press Conference 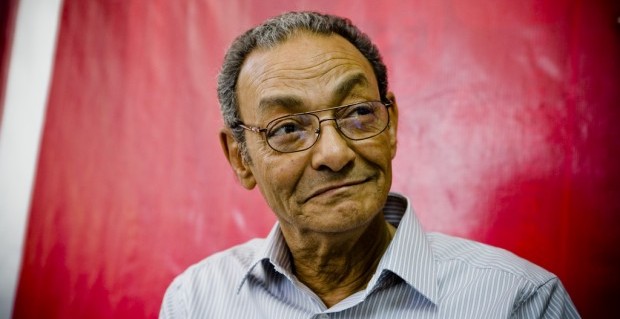 Press conferences are a constant feature of politics and politics is a constant feature of life in Egypt this year, so naturally there have been a lot of press conferences. I’ve attended many while writing for an Egyptian newspaper and researching the ‘behind the scenes’ of journalism in Egypt. Usually, it’s an American politician passing through for diplomatic reasons who answers a few questions from the local press late in the afternoon.

As a novice journalist, I came to learn quickly that press conferences always have an element of theater. They are performances, really, in which the audience, formed of reporters, actively participates to shape the text, gestures, and delivery of the performer, a politician, expert, or eyewitness to violence.

But this rich exchange never makes it into the actual articles produced by the conference. The news reports, as they are supposed to be, are always lackluster, even when the moments that produce them feature real passion, frustration, and confrontation. I once watched Leon Panetta ignore Egyptian journalists because he could not understand their accented English, which predictably annoyed them. I watched Jimmy Carter chastise journalists for incessantly repeating the same prodding query that he simply couldn’t answer.

None of this makes it into the writing, but this disconnect is even more apparent when the conference involves a live interpreter. I have simply been amazed at many conferences where passionate oratory is converted into another dry, mechanical language altogether.

The last place I expected to find the buried richness of these exchanges was in Arabic fiction. Many Arab writers, particularly Egyptians, have worked as journalists (Ahdaf Soueif, Khaled Al Khamissi). In Zaat, Sonallah Ibrahim, collages his meticulously collected newspaper clippings. But few of these authors, at least in my limited reading experience, have taken on the emotional intricacies of the profession quite like Bahaa Taher in his 1995 Love in Exile. The novel has its weaknesses, often utilizing a kind of sickening shock value in describing politically motivated violence, and treading on indulgence when Taher’s narrator, whose biography looks much like his own, overindulges in internal monologue.

But his account of a live translation during a press conference goes for the gut. Early in the novel, the narrator arrives at one in Geneva, slated to detail the torture and massacre in 1970’s Chile. The organizer cannot find a professional interpreter, so he enlists a friend, a young, pretty tour guide named Brigitte who happens to understand Spanish.

A Chilean man, Pedro, recounts atrocities, and Brigitte translates, but after a long stretch of sickening details, the narrator notices that “her face was gradually hardening and her voice rising a little when Pedro was pointing to the spot where the bullet entered his side.” The narrative slowly becomes more disjointed and splits into nonlinear, hazy fragments of violence, and Brigitte struggles both to keep up with the translation and to hold back her own emotional responses to the horror. Eventually she refuses to speak and leaves the room.

When they finally meet (I won’t give away what happens in their relationship, though its worth the read just to watch it unfold), Brigitte apologizes for having “ruined the conference.” The narrator responds, “But what you did was the only human thing at that meeting.”

Because she is not a professional journalist, a politician, or a usual participant in press conferences, Brigitte refuses the artifice of the performance in the room. She cannot make sense of the cool, composed exchange between performer and audience because she has not been trained to look past the emotional stakes of the information.

I think the flocks of foreign journalists who have come to Cairo this year, and who I met at the many press conferences I attended, would gain much from reading Taher’s emotionally fraught account of something they do almost mechanically every day.

Maurice Chammah  is a writer, currently a Fulbright Fellow in Egypt, a follower of Egyptian media, and a reporter on culture and politics. His blog is Adrift on the Nile.

One Response to Pure Theatre: The Drama Of The Press Conference