Princess Basma: An Insider Speaks Out 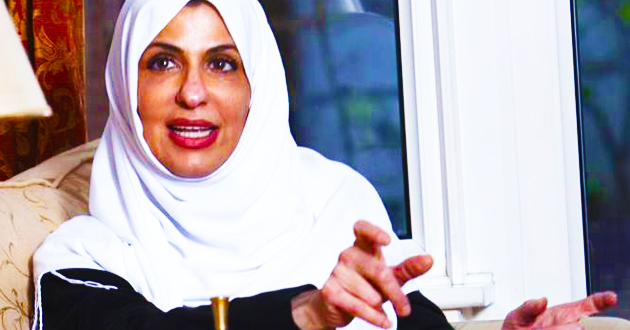 Living in Saudi Arabia is not exactly a fairy tale. And for one brave Saudi princess, speaking out for equality, openly discussing the problems of this country, and advocating reforms have turned her into somewhat of a thorn in the side of the Saudi powers that be.

Princess Basma bint Saud bin Abdul Aziz is 47 years old (born in 1965), the youngest child of more than 100 siblings born of Saudi Arabia’s second king, King Saud, who ruled the country during the ten years prior to her birth. Her father was not considered a competent king. His extravagant spending nearly bankrupted the country during its early years. He appointed his inexperienced sons to high government positions and was eventually forced out of office by his half-brother Faisal, who succeeded him.

The princess was only four years old when her father passed away. Her Syrian-born mother raised her in Beirut, Lebanon, until she was ten years old. When war erupted in Lebanon, the family fled to England, where she attended a private girls’ school. Princess Basma also went to college in England before completing two years of higher education in Switzerland. The princess was married to a Saudi man. They are divorced. She is the mother of five children, three of whom currently reside with her in Acton, England.

While she maintains her love, respect and support of the Saudi ruling family of which she is a member, the princess is critical of many conditions and problems Saudi Arabia faces. Her uncle is King Abdullah, the reigning monarch of Saudi Arabia.

In her most recent interview on Outlook, the BBC News Magazine, she listed five of the things she would change about her country, including the constitution, divorce laws, the educational system, social services reform, and male guardianship over women.

To read her opinions on these matters with a link to listen to her actual interview, click here.

In the past, Princess Basma has been critical of Shariah Law and the country’s famed religious police force, describing them as being dangerous for Saudi society.

She has also voiced her dismay with the ineptitude of the government ministers and the absence of responsibility among Saudi Arabia’s wealthiest citizens and the excessive disparity of the distribution of wealth.

In a society where women are raised as second class citizens, to believe that women are inferior to men, and basically not to be seen or heard, Princess Basma has chosen to speak out about these vital issues at great risk to her personal safety. I can only admire and applaud her for her bravery.