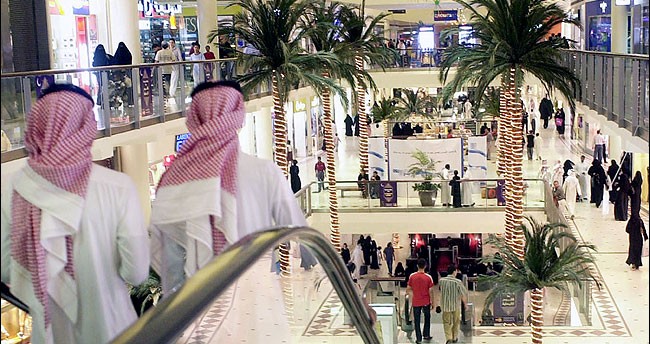 Hajj is here again and I and my family brace ourselves for the informal rituals and occurrences characteristic of the season. If you are not making Hajj, this usually entails booking a ticket out of Saudi Arabia for some recreation that perhaps involves vegetation—perhaps a tropical paradise in the Far East or a cooler place in the far west. Those of us that don’t have the aforementioned options merely try to make the most of the local amusements or avail ourselves of the spiritual practices to obtain the prescribed religious redemption and solace for certain occasional missteps since Ramadan, Hajj can be a less than enjoyable predicament for those in Saudi Arabia just for tax free employment.

For me, the Hajj break from work usually means lots of driving around to do things ‘the Mrs.’ wants to do—since in Saudi, women can’t drive (not because they aren’t capable mind you, it’s just against the tribal and social sensibilities). My wife, far from being a good sport about this sort thing, wouldn’t drive anyway due to the dearth of skill among the indigenous population and the lack of law enforcement necessary for safe road maneuvering. Unless one is willing to hire a driver (which I wasn’t and am not for all sorts of western reasons) , the task of making sure my wife and our daughters go where they like falls upon me.

Despite the tales to the contrary, Saudi is filled with men like myself—slaves to wage in the daily grind while on the weekend, we are chained to the wheels of our jalopies weaving the hazardous roads to the Souqs (shopping centers) in the Saudi landscape to keep our women (of those who forgo the luxury and expense of drivers) from feeling cooped-up like barnyard chickens and sane.

Now there are lots of things to do in the malls during the evening, which during Hajj, has become the first and last resort of everyone not lucky or well off enough to score a plane ticket to ‘any place but here.’ This mentality produces grid lock everywhere and the malls are generally packed to capacity at night with an infinite variety of scenarios for road rage.

The rest of us (to avoid the madness) mainly set a schedule that side tracks the herding instinct of our Arab neighbors. Early mornings are usually a good time for the beach, a safe bet of vacancy where many locals take dinner between 11 pm and 1 am and (as legend has it) don’t roll out of the hay until 1 pm. A late breakfast at a fast food place (that gives away toys) and then buzzing an old Souq before the wall of traffic descends at 4 pm is the way to go for an off the top of your head pre-framed itinerary as well as inexpensive.

No matter what anyone says, don’t go to a kiddy arcade your adored children are over the top about. They are generally only open in the evening and become too crowded for your children to get any enjoyment out of. Wait time getting out of Arabian Mall for me last year was three hours—four, if you count getting to a road that could take us home.