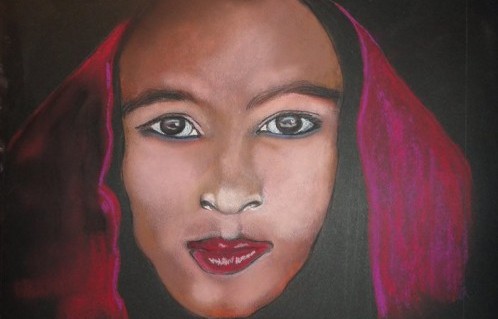 Michael Collins Dunn directs attention to a series of articles on Berbers (Imazighen) during the uprisings sweeping the Arab region. The Berbers (or Imazighen; singular, Amazigh) are of course the indigenous people of northwest Africa, most heavily concentrated in Morocco and Algeria but with other major populations in Libya and Mali and Niger (and smaller ones in Egypt, Tunisia and Mauritania). Though North Africa is generally considered a part of the Arab region and its people overwhelmingly speak dialects of Arabic, Berber languages are spoken in nearly all of them and Berbers have been active participants in the protest movements and uprisings in all of them; the protest movements in the Maghreb are neither narrowly “Arab” nor “Berber” in character or composition.

The western front in the Libyan struggle involves the Berbers of the Jebel Nafusa region; these fighters have garnered much media attention for their exploits against Qadhafi forces and for vigorously re-asserting their identity in the process. Libya’s Berbers have perhaps faced the most aggressive and deliberate campaign by any government in the region to deny and drown out their languages and culture. In any even, the article on the issue from this week’s Economist is the best general introduction to the subject from a regional perspective in some time. The Economist writes:

“There is a Berber renaissance taking place across north Africa,” enthuses Mounir Kejji, a Moroccan Berber campaigner. In his country a new constitution, endorsed in a referendum on July 1st, officially recognises the Berber language for the first time, though parliament will decide what this means in practice; Arab nationalists and many Islamists have long demanded that Arabic be the sole language of administration and state education.

The authoritarian Arab nationalist regimes that dominated the region used to accuse the Berbers of threatening national cohesion. Now, shaken and in some cases overthrown, they have seen Berber activism take on a new lease of life. Even where they are a minority of only a few thousand, as in Egypt and Tunisia, Berbers have been able for the first time to form community associations.

Libya’s rebellion is fiercest in the Nafusa Mountains, a Berber heartland long neglected by the government. Colonel Qaddafi has refused to acknowledge Berber culture for most of his reign, describing it as “colonialism’s poison” intended to divide the country. Only in 2006, apparently after his son Seif al-Islam intervened, did he lift a ban on the use of Berber names.

Berbers make up about 5% of Libya’s 6m-7m people, though some activists put the figure higher. In recent weeks they have set up a radio station. The rebel-controlled Libya TV, based in Qatar, now broadcasts in Tamazight, the Berber tongue, for two hours a day. In June, says Mr Kejji, a delegation of Libyan Berbers affiliated to the rebels’ Transitional National Council put a linguistic query to their Moroccan counterparts: how should they write “army”and “national security” in Tamazight, so that Libyan uniforms could have a badge in their own language alongside Arabic?

A written script for the various Berber dialects was created only in the 20th century. Algeria’s Kabyles, a Berber people said to number 4m, have usually preferred the Latin alphabet, whereas a Tuareg alphabet, called Tifinagh, is now officially used in Morocco and has been adopted by Libyan Berbers who were banned from using it under the colonel. (The Tuareg are nomadic Berber pastoralists living mainly in southern Algeria, eastern Mali and western Niger.)

All important and interesting questions. Aside from the fact some of these terms do not exist in modern Berber languages (one suspects on a hunch that they may exist in more archaic forms, though; this is not too great a problem in any case since many langages have faced similar questions with success, including Arabic and Farsi (an exciting idea: a manual for, say, a service rifle or tank translated from Arabic or Russian or English into Tamazight; more exciting would be a textbook for maths or biology or a history of the Qadhafi regime)).  There is also the problem proposed by the fact that in Morocco and Algeria (and Libya, too) there are multiple Berber langages (aside from dialects), not just script or alphabetic choices as the article seems to assert. Taqbayit and Tarifit and Techelhit and Siwi are quite different indeed. This is ultimately the greatest challenge when it comes to “officialization” in a country like Algeria or Morocco; beyond pride how Which is why the Economist‘s take is quite sensible, in the end:

“The Berber revival has rekindled enthusiasm for pan-Berber solidarity. “There’s an awareness among Berbers across north Africa of that element of their identity which they share,” says Hugh Roberts, an expert on the Maghreb. But each country in the region, he says, has its own particularities. The dream of creating a community of 20m-plus people (estimates of the total vary widely), stretching from Egypt’s western desert to the Atlantic, would be stymied by the multiplicity of Berber dialects and by the variety of political circumstances. “A single Berber identity exists only virtually—on the internet and among diaspora intellectuals,” says Mr Roberts.

There is also the problem of the other tens of millions of people living between the “Western desert to the Atlantic,” who do not think of themselves as Berbers (but who are often sympathetic to their struggle), diversity ultimately being the largest stumbling block for any type of grandiose identity politics. Pan-Berber particularism or separatism of that sort is any case rare.

Most Berber activists are concerned with preserving and promoting linguistic and cultural heritage, expanding human rights, rural interests and other more secular concerns that Berbers (and Arabs) struggle with in North Africa. Imazighen are an important variable in political change in the Maghreb. The Arab Reform Bulletin features an interesting article looking at the issue of Amazigh identity in Morocco following that country’s referendum, though its presentation of the Amazigh identity issue in Algeria is too simplistic and essentializing (though it is correct in describing the country’s language policy as “second rate formalization” for sure).