My 10-Point Plan To Rid Oman’s Roads of Carnage 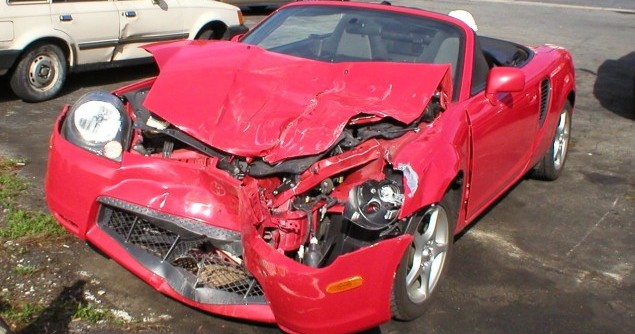 Nearly 800 people have died in around 6,000 car accidents in Oman this year even though it’s only September. When looking at worldwide statistics, you’ll realize with horror that countries ten or even 20 times the population size of Oman have fewer accidents and even fewer deaths.

I spent the month of July in a western country with a population of 35mn and I never saw one accident during my entire stay there. Since my return to Oman, I have witnessed at least one accident per day!

The population of Oman is less than 3mn. Over half a million are under the age of 17. Furthermore, many women don’t drive, and our several hundred thousand labourers probably don’t own cars. Do the math. There aren’t that many drivers out there.

This national crisis has been discussed endlessly over the past few years, and we have witnessed many awareness campaigns pleading with citizens to drive carefully. Despite these efforts, collisions and fatalities are on the rise.

To prepare for this column, I decided to monitor the number of maniacs who graced my seven-minute drive to work a couple of days ago. I counted 13 drivers zooming in and out of lanes without indicating, tailgating at 100 kmph, pulling out without bothering to judge speed of oncoming cars, and reckless overtaking.

After many discussions with colleagues and friends, the general consensus seems to be that our road problem – simply put – is an attitude problem. As far as I’m concerned, expensive awareness campaigns are essential but they will never be enough. They aren’t going to fix the attitude of a nation. Rules are.

Assuming Oman established a new Ministry of Logic and I was appointed minister, this would be my action plan:

1) First and foremost, I would enforce the law. Believe it or not, laws do exist in Oman. Did you know that you could spend between one and five years behind bars for speeding, endangering others on the road, or reckless overtaking? It’s in the ROP Traffic Law. Why such a law isn’t being enforced regularly baffles me. If you’re worried that there aren’t enough prison cells, set up temporary prison camps. That would solve many of our problems instantly.

2) I would bring down the speed limit on most inner-city highways from 100 to 80kmph. Clearly we’re not responsible enough to handle anything above 80kmph.

3) Fines for not wearing a seatbelt would increase to RO50 for the driver and adult passengers (current fine is RO10), and RO100 for anyone under the age of 18 without a seatbelt. That would prevent more than a few deaths.

5) I would make car seats mandatory for every child under the age of four. In case you haven’t noticed, babies in Oman often occupy the front passenger seat, some even on the driver’s lap! Contrary to popular belief, children aren’t protected by voodoo.

6) Road safety would become an official part of school curriculum. Seatbelts on school buses would become mandatory for each and every child.

7) I would increase the number of high-tech speed cameras and red-light systems.

8) Texting and holding a cellphone while driving would land you immediately in jail for three to five days in solitary confinement. Guaranteed you’ll never do it again. By distracting yourself with a phone, you endanger the lives of others. You are therefore a potential murderer and deserve to be punished.

9) I would establish a National Driving Academy. The mandatory programme for obtaining a drivers’ licence would include 100 hours of road practice, lectures, videos and demonstrations to show what takes place in a car during an accident, basic car mechanics, safety instruction, and a few mandatory hours in the emergency room at a local hospital. Furthermore, passing the driving exam should be a grueling experience.

10) The new laws would be introduced three months before they are implemented. I would launch an intensive national awareness campaign to ensure every citizen is aware of the new rules. That should do the trick.

I know my rules seem a little harsh, but when you’re dealing with irresponsible humans with attitude problems, harsh is the way to go. I’ve seen enough tragedies recently to know that the carnage has got to stop. If there are no serious consequences, there will be no change. The magnitude of the problem will likely increase because impending demographic changes will produce a dramatic rise in the number of young drivers over the next few years. Let’s not wait until it’s too late!