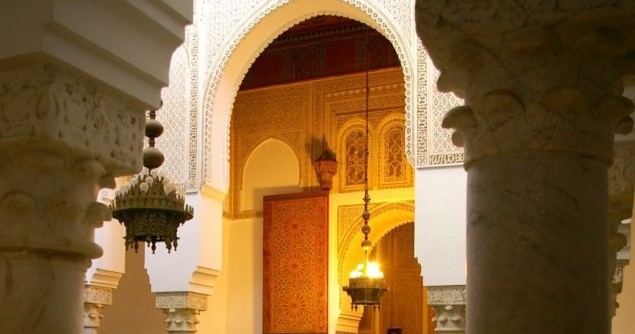 For sometime there has been quiet grumbling about tourism in Morocco. The Euro crisis, the bungle by the national airport authority, ONDA, that resulted in Ryanair and Easyjet cancelling flights and concerns over the so-called Arab Spring have all taken their toll.  But now there is a push to talk up Marrakech as a place to buy property. Why? Maybe because a lot of people have their properties on the market? Because better times are just around the corner?

A recent article in The Times opens with the odd statement : “Before Morocco goes too upmarket, it’s a great time to make a long-term investment in a Maison d’hôte”. The article goes on to assert that buying a guest house (a Maison d’hote) was: “a fashion trend led by the French — buy a run-down riad in a Moroccan medina, restore it and spend your days entertaining bohemian travellers and shopping in the souk”.

The property market in Marrakech has developed into a real slump. Most guesthouses are reporting much lower occupancy rates than the last few years and a number of established guesthouses are on the market. The numbers for sale are, however, deceptive because although prices have dropped around 25%, some properties still have unrealistic price tags and are listed on the off-chance the Russians are looking to buy into the ‘kech‘. It may also be that there is a correction in the market, for Marrakech has been floating in a property bubble of its own creation for some years.

If Stuart Redcliffe, chairman of the British Riads and Villas Group, is to be believed, things are pretty grim for existing property owners. Redcliffe is quoted in The Times article saying that Marrakech has an oversupply problem and that “occupancy levels have dropped from an average of 75 per cent four years ago to 30 per cent today” He notes that in 2006 their were 500 boutique hotels in the city and that now there are 1500 plus many more being built on the outskirts.

While many would agree with him when he says there will be a rationalisation of the market, what is peculiar about Redcliffe’s evaluation of the market is his belief that there is also a move by the King to dissuade cheap package holidays and flights in his bid to move Morocco upmarket, something Redcliffe sees as positive for boutique hotel owners.

The thought that a leader of a country would try to dissuade tourist of any kind, is a bizarre notion.and most commentators disagree with Redcliffe’s  suggestion that the King is attempting such a thing. Fred Sola from Fez Real Estate was blunt. “Such a notion is ridiculous,”he said.

The further one reads the article in The Times, the more it appears like an advertorial push to build up a flagging market. Given the downturn, the lack of buyers and the low occupancy rates, one would have expected a more sober assessment than  “It is, though, the perfect time to pick up a riad — either with the intention of taking a long-term view on the business potential or to turn it into a private home.”

Philip Arnott, director of Moroccan Properties Immobilier and vice-chairman of the British Business Group Marrakech, is also quoted in the article and agrees that riads are not selling as well as they did pre-recession. He also speculates that some inner-city riad guesthouses are being sold because they lack the official Maison d’hôte certification, something he believes the Government is becoming stricter about. Arnott warns buyers to be aware that they need to check the property has both a Maison d’hôte certificate, if they want to run it as a business, and French title deeds. They will also need a 20 per cent deposit.

So what would a functioning riad in Marrakech cost you? For a six bedroom, six bathroom riad with only 25 to 50% occupancy you can expect to stump up around 480,000 Euro. As one Real Estate professional said, “everything is for sale in Marrakech.”

While many of the symptoms suffered by Marrakech are present in Fez, the contagion is far less severe. The upper end of the guesthouse market is doing very well, with places like Riad Laaroussa, Riad Rcif, Maison Blue and Palais Armani having high occupancy rates.  The area of the market that is suffering is the lower end – 60 Euros a night places – where occupancy rates are down and the businesses are suffering from the decline in budget tourism.

Like Marrakech, Fez has a number of guesthouses on the market, but, as Fred Sola says, even with a drop of thirty percent in prices, there are simply no buyers.  The French newspaper Le Monde also has a recent article claiming that now is the time to buy. Talking the market up is back in fashion.

‘With the King of Morocco keen to promote his country as an upmarket tourist destination — Ryanair flights are being replaced by more from British Airways, for instance, and finance is finally flowing for stalled luxury developments and hotels — the fashion for Marrakesh could be about to turn haute couture.’

Accurate or a case of wishful thinking?

You can read the full text of this article here: The Times

One Response to Moroccan Tourism: Set for Up-Market Boom?