When the Lebanese Woman Shed the Veil 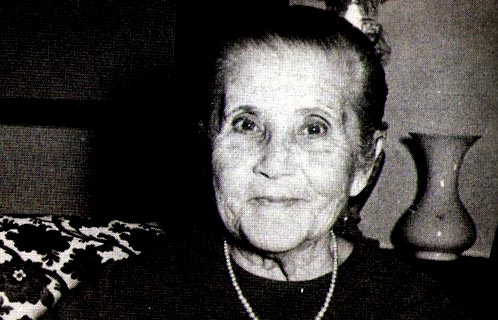 This was written as a guest post by veteran Middle East publisher F. Najia on UAE blog Mich Cafe.

To appreciate this achievement on the International Women’s Day Centenary, look back to the days, almost a century ago, when Sitt Anbara, sister of late Lebanese prime minister Saeb Salam, and widow of the late Palestinian educator Ahmad Samih al-Khalidy, was the first woman to take off her veil in public.

A grand dame in every sense of the word and recognized as one of the pioneers of women’s liberation in Lebanon, Sitt Anbara talked in 1973 to one of my staff reporters in Monday Morning (the English-language weekly magazine I founded in Beirut the previous year) about those early days of women’s repression:

“I went about without the veil until the age of 10, when social pressure imposed it on me. I never got used to the idea. The veil was like an iron curtain that totally blocked my vision.

“In 1917, the Moslem Girls’ Club was founded. I was the President, and Committee members included Ibtihaj Kaddoura (1893-1967), Adela Beyhum, Amna Hamza, Wadad Mahmassani, and Wahida al-Khalidy.

“The Club sponsored many cultural activities, which were attended by married and single women – all veiled. We promoted liberal ideas and tried to inject thoughts of freedom and independence into the minds of Lebanon’s Moslem women. The man who encouraged us most in our endeavors in those days was Mukhtar Beyhum, who was all for women’s emancipation and the dropping of the veil.

“In those days, I was greatly influenced by the writings of Kassem Amin, the well-known Egyptian writer who devoted most of his work to the emancipation of women and the dropping of the veil. I cannot remember how his bold works came into my possession, but they did, and they influenced me tremendously. I was further, and perhaps more, influenced by my travels to Europe – to England in particular. I went there in the twenties, and I would say that that trip had a lot to do with the shaping of my character. My father was with me, and when I got to Marseilles, I removed the veil and the scarf, and it was an exhilarating feeling.

“In England in those days, the suffragettes were active, and I could not help but compare between the British woman (demanding political rights and her right to serve in government functions) and the Lebanese Arab woman (still grappling with the veil). Why, I asked myself, can’t we be like them? Why do we have to remain so painfully marginal in our country’s national life?

“Back in Beirut, in February 1928, the society for Women’s Awakening invited me to deliver a talk on my impressions about England. I accepted, and decided to give my lecture meaningful impact, not so much by its content but by my appearance: I decided to appear in public without a veil – an action as yet unheard of in Lebanese Moslem society. I talked it over with my father, telling him of my belief that the veil was the greatest single bastion of fanaticism and nonsensical tradition in Lebanon. My father left the decision up to me, and I decided to go ahead with my plan. I appeared without a veil, and I can still remember the wave of criticism that followed. I was 28 years old then, and still unmarried, which was not at all ‘as it should be’, so people started talking about ‘the daughter of the za’im (leader) who unveiled herself in public because she wanted to get married’.

“The fact is that many had asked for my hand in marriage, but I had refused over and over again, insisting that before I married anyone, I had to meet him, talk to him, get to know him, find out if I wanted him as a husband. I met the man of my choice through Julia Tohme Dimashkiya (one of the first Christian women in Lebanon to marry into a Moslem family). She introduced me to Ahmad al-Khalidy, and I was impressed with his knowledge, his poise, his conversation. My family knew I was seeing Ahmad, and they did not object. I did not hesitate to accept when he proposed.”

Another early attack on the veil and everything it implied was not as frontal and direct as Sitt Anbara’s. 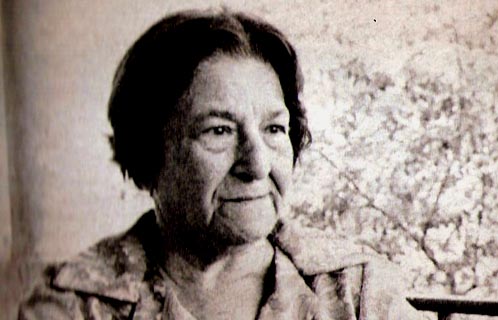 Reminiscing about those, Dr. Saniya Habboub told the same reporter:

“I was brought up in a Moslem home. My father was Mustapha Habboub, a Lebanese leather merchant, and my mother was Adla al-Jazairy, an illiterate Turkish woman. My future was probably decided in a train from Istanbul to Beirut, before I was born. My mother, still a bride, was in one of the women’s compartments, and there she saw a European woman reading a newspaper. The sight so impressed her that she told my father that very night that if ever God gave them a daughter, she wanted her to be educated, so that she could read newspapers.

“And that is how I went to school. I received my high school degree from ASG and went on to Junior College. In 1925, I became an irregular student at the American University of Beirut (AUB), running from class to class with my three-layer veil on. I used to go to class before my classmates came and leave after they were well gone. I talked to no one but my professors. In Basta, where I lived, people used to spit at me when they saw me in the street and curse my father and mother for their improper upbringing of their daughter. My parents tolerated all that, and kept sending me to school. They gave me everything I needed. They were determined to educate me.

“In 1926, I completed my sophomore year, and then my problems really started. A girl in the School of Medicine was unheard of, and nothing I did could change that rule. So I decided to get my medical education in the United States. A friend of mine had told me that someone in Damascus had studied medicine in America and had come back to open a clinic in Damascus, and I thought that the first step should be a visit to that doctor to enquire about the United States and the possibility of my going there. I went down to Bourj, quite alone, protected by my veil, and hired a car that took me to Damascus. I knew nobody in that city and had no relatives with whom I could stay, so I had to go to a hotel. I will never forget the look the hotel clerk gave me when I walked in and asked for a single room. He gave me the key, and I walked up to my room as coldly as I could. I was petrified. Once in my room, I moved every movable piece of furniture in it up against the door, and having thus done all I could to discourage visitors, I sat on my bed in my nightgown all night, too frightened to sleep.

“The next morning, I visited the doctor I had come to see and, ignoring his surprise at my enquiries, got the information I needed. When I left him, I was more convinced than ever that the United States was where I should go.

“On Thursday, August 11, 1926, my ship left Beirut. On the day I arrived in Marseilles, I took off my veil in public for the first time since my childhood. It was an electrifying experience. If I were to strip naked and walk out into the streets now, I would not feel what I felt then. The experience shook me so much. I felt weak and almost fainted.

“I went on to the United States, and received my MD from the University of Pennsylvania on May 11, 1931. It took me two more years to specialize in obstetrics. All through that time, I made my family live every one of my experiences, writing them two letters a day.

“In 1933, I returned to Beirut and rented a four-room clinic in Bab Edriss. Clients started streaming in before I had time to put up the curtains. I was so successful that I eventually bought the clinic and the building it was in.

“A lot of my clients took me for a midwife at first, but the point is they came – the entire population of Basta came, and I worked around the clock. My acceptance by the Basta society on such a scale encouraged other girls to seek more education and prefer it to early marriage.

“Education and determination – these are the keys to women’s progress.”