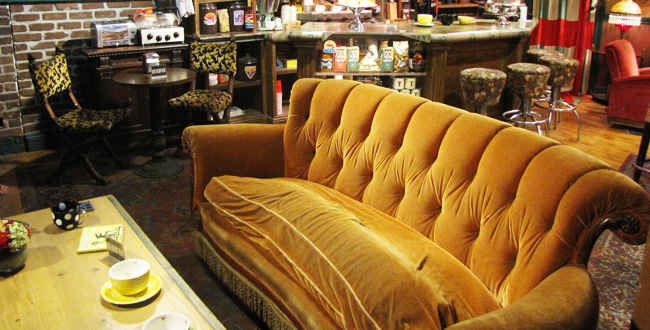 Reconnecting with past friends can be a good thing, even if it only reminds you to be happy with the present.

Have you ever wondered what happened to those around you as you were growing up? About three years ago a compulsion of unknown origin overtook me, forcing me to start looking up people I had known at university. It was a period where the person I am today first took shape. Whether it was the people or the pivotal experiences that I wanted to reconnect with, I don’t know.

There were friends that I had started off close to, but time, distance and circumstance had slowly eroded the immediacy of our relationships. Some I had heard about through mutual acquaintances. Some I bumped into on the street. While browsing in bookshops, I saw the names of authors and recognised them as people I had once spent a great deal of time with. I even spotted one hosting her own television series.

The urge may have come upon me because of age. Now in my early thirties, I had acquired a sense of nostalgia at what had passed. I suppose I had lived enough years to be able to look back over a substantial period of time. I had come to a natural pause in my life where things were becoming more permanent: a career under my belt, I’d recently got married and bought a home.

Some of it was a practical response to the fact that it is hard to find new and meaningful relationships. It is almost impossible to invest freely of ourselves and the time that is needed to forge friendships as close as the ones we do as students or in our early twenties. It is simpler and more fulfilling to go back and rejuvenate the ones from our past.

Neither was it coincidence that my urge became more insistent around the same time my first book was published. I now had the confidence that I had something worthwhile to say in conversations with lost acquaintances, something to show for myself. Nine global editions, a trendy flat in central London, and plenty of travels including a period living abroad gave me enough conversation fodder behind which to hide the insecurities of my younger years and my feelings that I hadn’t done much in the intervening decade since I’d seen my friends, and that they had gone on to lead more successful and more exciting lives than me.

Part of it was that it was suddenly easy to reconnect, as Facebook gained widespread popularity. I could not resist peeking at home pages of lost friends to see a snapshot of their lives; and from there it was one painless click to reconnect. If it didn’t go well, it could easily be dissolved and the status quo restored.

What left me reeling was that two emails were sufficient to exchange the news of 10 years. When you strip out the mundane daily details that populate our lives, what is left of a decade? Spiritual epiphanies and self-development make for poor writing material, so instead all that remains is a summary of jobs, key travels, marriage and children. The more of those I wrote, the more I wondered where the years had passed.

Some reconnections have worked. Some had a burst of life, and then faded away again. And some spluttered out, reminding me that they had already run their course years ago.

The emotions they stirred were a powerful remembrance of a youth past, but also that I’m quite contented with the skin I live in now. My past made me who I am, and it was worth reconnecting with it as a reminder of how far I’ve come.

This article was first published in UAE daily newspaper, The National.