The Fairy Tale Wedding, Here’s to a Happy Ending… 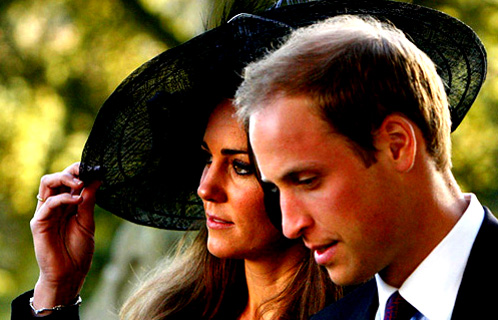 Hurrah for Wills and Kate! At the end of next week, they will be finally tying the knot at a much-hyped wedding extravaganza.

I enjoy watching a good wedding, and having organised my own a few years ago, I know what a challenge it can be to pull off the perfect one when nothing less than perfect will do. The entire shindig is usually the preserve of the bride, who has probably dreamt of this day since she was a tiny tot. Do men really care?

Don’t Tell the Bride is a UK television programme that plays with the notion that the wedding is all about the bride and that men know nothing – and care even less. To cover the expenses of the entire wedding, the programme gives the substantial sum of £12,000 (Dh72,000) to the groom.

As it happens, this is about the same amount the Emirati Marriage Fund gives to Emirati men, a sweetener to encourage Emirati men to marry Emirati women. Can he be persuaded not to “marry out” and instead rescue an Emirati damsel? Will the lady get her man?

In Don’t Tell the Bride, the catch is that the groom must not confer with the bride on any aspect of the wedding. Can he pull off her dream wedding, or will she curse him forever for ruining her special day? Will the lady get her day?

I admit to finding this programme disturbingly compelling. The bride’s desperation for perfection is played off against the groom’s cluelessness. She wants a romantic fairy-tale castle; he organises a poolside barbecue. She wants a slimming frock; he plumps for a flouncy, meringue-like skirt. And yet, it all seems to work out well in the end. The bride smiles, the groom’s relieved – and they all live happily ever after.

It seems men are not so useless wedding-wise after all.

Is this how Kate feels as her big day draws near? Is she the mastermind enjoying having a team of professionals at her behest? Or is she feeling excluded from the process that turns her wedding into a public spectacle?

Frankly, and I say this on behalf of all couples who are getting married this year, William and Kate have set the bar too high for the weddings of mere mortals.

How on earth can anyone compete with this royal spectacular? Surely every wannabe princess will bemoan her own very ordinary, “commoner” wedding after this. Copycat weddings will be all the rage, and the style of Kate’s frock will become staple wedding attire, as was Diana’s.

Westminster Abbey is the venue for the ceremony, one of the most exclusive locations in the world. And just to rub it in, the Abbey has just released an iPad application to allow you to see the building in its full 3D glory. The queen’s own kitchen staff will take care of the catering. And George Michael has recorded a special cover of Stevie Wonder’s You and I as a wedding present for the couple.

It’s estimated that two billion people worldwide will watch Kate get married on Friday. A wedding is a day many women see as their fairy-tale occasion. At this wedding, one bride will – literally – become a princess. Not for their royal status, but for their lives together as a married couple, I wish them every happiness and success.