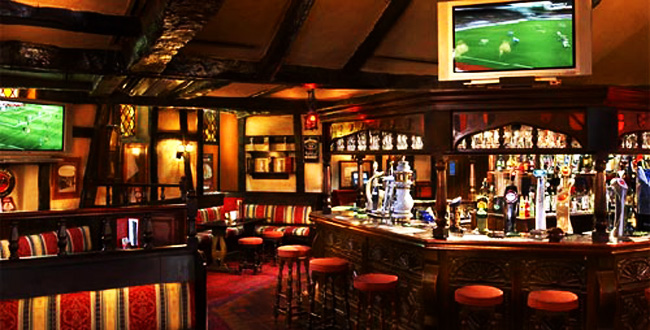 The Metropolitan Hotel, one of Dubai’s oldest hotels, is to be demolished and the Red Lion, one of the city’s oldest places for the selling and consumption of foamy-topped and other beverages will go with it. Built in 1979, the hotel has long been an odd accretion of new wings, attempts to add facelifts, modernisations and additions – there’s no doubt it’s looking a tad jaded today.

But the Red Lion! Back in the day, the police used to wait outside at New Years and stop anyone attempting to drive away, take their car keys and give ’em a lift home. The keys were waiting for them at the copshop the next morning. A more innocent time, no? There was the Red Lion and the George and Dragon at the Ambassador and precious little else. The Red Lion is really something of an institution.

I can’t say I’m a regular, anything but. However I can’t help feeling the passing of the ‘outlet’ as more of a wrench than the passing of the hotel itself. The reason the two are linked, by the way, is that ‘outlets for the sale and dispensation of beverages’ in the UAE can’t be ‘freehold’, they have to be part of a hotel. The exception to this is in Sharjah, where they can’t be at all as Sharjah is ‘dry’, apart from the members-only Sharjah Wanderers sports and social club.

Similarly, the reason for my slightly odd language in this post is that it is tradition and practice that we don’t mention words such as ‘pub’ or ‘booze’. Alcoholic drinks are ‘beverages’ or, if you’re advertising one of Dubai’s infamous all-in brunches, ‘bubbly’ or ‘red and white’. We’re a tad precious like that.

I’m not sure if the Red Lion qualifies as Dubai’s oldest ‘outlet’ – even I’m not that old. But it’s had its (fish and) chips now. Ah, well. That’s progress I suppose…