Does it Matter how Women get to Power? 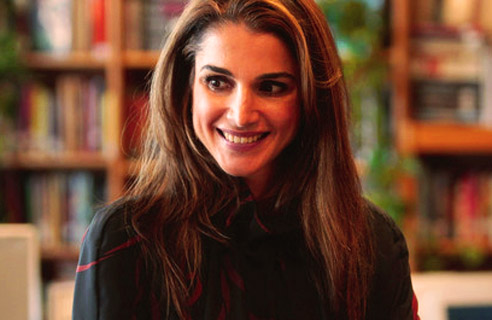 It's not how you've got there, it's what you do once you are. Queen Rania in Harlem, NYC

The world will have one more princess when Prince William weds Kate Middleton next year. Young girls dream of growing up to be a princess. Even grown women may secretly aspire to the hallowed status of princess in our societies, a status granted for no other reason than who her father or husband is.

Despite the fact that princesses are often seen in simplistic, caricatured Disneyesque terms, I must confess that I still tingle when I’m called “Princess” by my father or my husband, or even my female friends. It makes me feel special, unique and anointed.

A different part of me, however, is annoyed at the Kate Middletons of the world who marry into power and status and then claim the title of princess, thereby elevating themselves above us mere mortals. What exactly did she do to deserve her revered status?

Women who marry into princess-type roles – whether into royal families or rich, influential ones – are still trumpeted as powerful women. For example, the Forbes list of 100 most powerful women in the world had Michelle Obama at the top. By contrast, Angela Merkel’s husband isn’t cited as wielding power or influence, nor is Prince Philip.

Does it really matter how you get to your position of power and influence, or is it what you do with it that is more important? If you ask that question about men in positions of authority, the general answer is that how they got their power does matter. It tells us something about who they are, their motivations and their modus operandi.

We look down on men who marry into jobs, we expect them to be elected or appointed by merit not connections. And when it comes to experts we want to be sure that advice and consultancy is delivered by those with the greatest knowledge, experience and training, not the husband or son of someone.

We don’t hold women to such standards. Marriage is seen as an acceptable way to assert social authority and status. The woman need not have any of her own intrinsic merit. The upshot of this attitude is that women are judged less on their talents and more on their families and whether they are married or not. A single woman has lower social standing and respect.

Of course, once you are in a position of influence, it’s what you do with it that is important. A notable example from the recent press is Aung San Suu Kyi, who carries her father’s mantle for freedom in Burma, now known as Myanmar. The Middle East has plenty of these female advocates, too, including Queen Rania, Sheikha Mozah and Queen Noor. They are out there making a difference.

For the princesses, queens and first ladies of the world, their power is fleeting and dependent. So let’s not commend their acquisition of it through marriage or by association with their men. What we can and should commend are the activities they proactively engage in to maximise the social good.

Such women who make the most of their positions to help others and make society better – whether they are found on royal family trees or power lists or whether you come across them in local communities, your extended family or your colleagues at work – these are the women who are the real role models of the world, and the ones we should aspire to be.