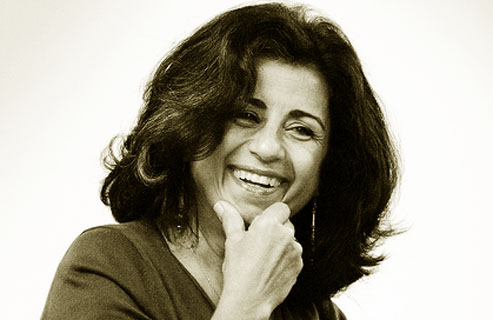 Egyptian born Ahdaf Soueif, acclaimed author of In the Eye of the Sun

Ahdaf Soueif’s In The Eye of the Sun changed what I thought possible in writing. I walked away from that doorstop of a novel feeling that the protagonist, Asya al-Ulama, was a new friend. I knew how long it took for her to fix her hair (three hours). Part of that was the way the protagonist opened her world to readers, but part of it was the particular world she was describing. There are not many books written in English about Cairo and the Middle East; fewer still are good.

English is my literary language, and I don’t understand Arabic novels in the way they deserve. So Eye of the Sun was a revelation. I found myself nodding as I read, thinking, “this is the Cairo I know” at the way she perfectly captured the nuances of life in Egypt. Here is the woman discussing how sex on her wedding night was so painful as to be impossible. Here are the class dynamics that I see but was never able to articulate. Here’s the friend with the obscenely strict parents.

Soueif manages, when you read her English-language dialogue, to let you know clearly what the characters are saying in Arabic. Although this effect would be lost on non-Arabic speakers, it’s a wonderful (and tricky to pull off) additional layer for speakers. As someone trying their hand at writing stories populated by Arabic-speaking characters, even kol sana winta tayib presents challenges. It’s just “happy birthday” in some contexts, but an incitement to tip in others.

Growing up, I heard of Ahdaf Soueif and had seen The Map of Love on my mother’s bookshelf. I cracked it open once but found it off-putting and thought it too stuffy. I dismissed Soueif’s work as overly-hyped.

Many years later, a friend, knowing I had writerly ambitions, thoughtfully gifted me with In the Eye of the Sun. I thanked him but put it on the shelf undisturbed. When I moved to the US, I took it along, thinking, maybe one day. That day came a few months ago when I found myself cooped up at home with a painful shoulder injury. Coursing over the bookshelf, there it was. I gave it another chance and discovered just how wrong I had been in my initial assessment.

Chances are, as a reader of this blog you’re already a devoted Soueif fan. If not, you shouldn’t wait as long as I did to get around to reading it.

This post was first published on Insider favourite, Arabic Literature, in English

Yasmine Albaradie is an emerging writer who lives in Seattle, USA, and has aspirations of starting an book club for Arabic books in translation.