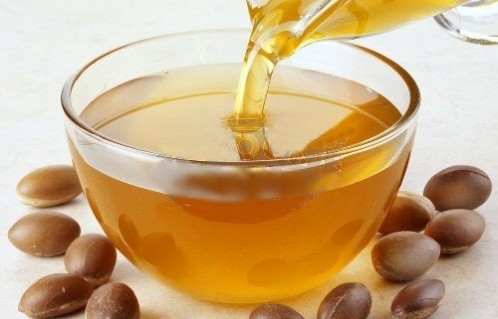 Moroccan Argan Oil is touted as “liquid gold” and the “ultimate cosmetic product”. Yet, behind the hype and profits, the Argan forests and the people who depend on them are facing threats to their continued growth. Our correspondent, Ibn Warraq reports.

“Berber women began cultivating Argan oil pre-modern times, for its healing properties, employing it for a variety of uses from cooking, to topical treatment of skin diseases, to cosmetic uses in the protection of the hair and skin against the harsh, dry, climate of the Moroccan desert. In the 1500’s, the legend of the miraculous Argan Tree and it’s precious oil began to reach Europe, with demand for the exotic oil reaching its historical height in 1867 when it debuted at the International Fair in Paris.” – cosmetic company

“Stars will be flashing “liquid gold” on the red carpet like never before. While it has recently seen its popularity increase, Argan oil from Morocco has been a secret among the Hollywood “A-list” for many years. “Essence of Argan” will be exclusively providing selected stars with their product before they arrive on red carpets at movie premiers for this years Toronto International Film Festival.” – PR release

I really like Argan oil. It tastes just great on bread for breakfast. It’s not bad on vegetables, and wonderful on fish. I don’t usually rub it on my face or in my hair. However, my mother swears by it. In fact we buy some each month down in the souq. In the past I would buy half a litre but recently the price went up again so now I buy a smaller bottle for about 180 dirhams ($22.00).  I blame the “Hollywood A-list” of course. If they continue “flashing” this liquid gold, then my mother and I will be unable to afford it.

We certainly couldn’t afford the prices some of these products sell for. It seems incredible, but 15 mil of pure Argan Oil on sale for $35 works out at $2300 a litre. Of course there are all those expenses, freight, packaging, advertising and so on, but it is a long way from the $300 per litre that the  export quality  local product sells for. It may be “liquid gold”, but it’s not the local women at the end of the rainbow.

The Argan oil industry is now big business and the cosmetic companies are playing hardball, even going so far as to attempt to discredit rivals -“Aside from the mix of Argan oil that can be found within the product, Moroccanoil products also include silicone and other fillers “.  Then there are all those ways to make the product more powerful. Truthfully, who is going to buy simple Argan oil, when you can get… 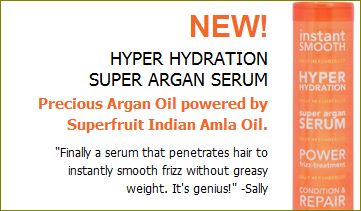 Oh, and for the record, I believe that the “Superfruit Indian Amla Oil” is Indian gooseberry. Whatever. It might taste nice on bread.  To be honest, I really don’t care how much the cosmetic companies can screw out of the pampered rich, as long as the hard working Moroccan women get paid a decent amount and the Argan forests are protected.

Over recent years, the women’s co-operatives have been at the forefront of the Argan oil boom that began in the 1990s. However, recently, the men are moving in and there is a growing problem with diluted oil, bogus co-operatives and a lack of accreditation. To make the situation even worse, there are negastive impacts on the actual Argan forests themselves. Local people are calling for action

“The argan oil sector employs a substantial number of women, who provide for many families that benefit economically and socially from this activity. I would like to take this opportunity to launch an appeal to the Ministry of Agriculture, the argan agency and the High Commission for Water, Forests and Decertification Control to give more attention to this sector, because it needs it.” – Khadija Benaiss, chairperson of Amanar co-operative “
And the price? Moroccan Hair Oil, $50 for 100ml. In the USA we came across 50 ml for 369.90 MAD which works out at 7398 MAD a litre… someone is making a lot of money.The argan tree (Argania spinosa) is endemic to Morocco, where it is second in coverage only to the cork oak tree and is ecologically indispensable. Its deep roots are the most important stabilizing element in the arid ecosystem, providing the final barrier against the encroaching deserts. Despite its uniqueness and indispensability, the argan tree faces a variety of serious threats.

Nearly half of the argan forest disappeared during the 20th century – and average density in the remaining half dropped from 100 to less than 30 trees per hectare. This historical pressure on the forest was driven by demand for high quality charcoal (especially important during the world wars) and, more recently, to conversion to agricultural production of export crops such as tomatoes.

While neither of these pressures emanated from locals in the argan forest, the important contemporary forest threats do. Particularly important among these threats are local intensification of livestock browsing and grazing and encroaching suburban and rural settlements – driven in part by recent European demand for rural real estate near popular tourist destinations such as Essaouira.

Back in 2006, The View from Fez reported about the large scale replanting (see story here Argan Replanting) but it is a long and slowq process. The tree resists domestication and remains extremely difficult to transplant or establish on any meaningful scale outside Morocco. In recognition of its ecological value and local economic importance, the argan forest region was declared a UNESCO Biosphere Reserve in 1998.

The man who appears to be most up to date on situation is Travis Lybbert, an associate professor in the UC Davis Department of Agricultural and Resource Economics. According to Travis, the booming demand for Morocco’s argan oil, now the most expensive edible oil in the world, is providing economic and social benefits for rural communities but appears to be threatening the health and future of the native argan forests in southwestern Morocco

“Our research indicates that while the argan oil boom seems to have benefited locals and improved educational opportunities, especially for girls, it has not improved the forests and may actually have led to their degradation,” says Travis Lybbert.

Argan oil, derived from the seeds of the deciduous argan tree fruit, has been an important resource for Morocco’s Berber people for centuries. The oil came to the attention of the outside world in the 1990s and is now highly sought for culinary, cosmetic and medicinal purposes, pushing the price today to roughly $300 per litre

As demand for argan oil has grown since the beginning of the boom around 1999, many people have looked to the argan oil market as a “win-win” way to reduce rural poverty and lessen the environmental threat to the argan forests. Lybbert and his colleagues have been investigating those claims during the past decade, concluding in part that among the households in the argan-growing region, those with access to argan fruit benefited economically and were more likely to send their girls to secondary school.

The researchers saw similar benefits of the argan trade across villages and communes or collections of villages. We conclude that the argan boom has benefited some rural households. Encouragingly, households that stood to benefit from the boom in 1999 increased their weekly consumption spending at souk (market) and goat herd size more than households that did not stand to benefit. These households were also significantly more likely to send their girls to secondary school in subsequent years.

However, the researchers also found evidence of negative effects. For example, as households benefited economically, they often purchased more goats – the primary threat at this time to the argan forests, because the goats climb the trees to graze their leaves. Households also appear to be resorting to more aggressive fruit harvesting techniques, which can damage branches and dislodge buds for the next year’s production. To complement this household-level analysis, the researchers used satellite imagery from 1981 to 2009 to see the impact of the argan oil boom, finding evidence that rapid appreciation of argan oil prices had not helped the argan forests and may even have sped their degradation

The researchers argue that policies and programs that aim for “win-win” benefits to both local households and local biodiversity must be based on empirical evidence and informed by the complex interactions between people and nature, which are often shaped by social norms, institutions and markets.

Along with Lybbert, the research team included Abdellah Aboudrare, a researcher at the École Nationale d’Agriculture in Morocco; researcher Deborah Chaloud and statistician Maliha Nash, both with the U.S. Environmental Protection Agency in Las Vegas; and Nicholas Magnan, a postdoctoral fellow with the International Food Policy Research Institute in Washington, D.C.

You can see a pdf version of their research paper here. Argan Research

You will find more information about Argan oil here: