Lessons In Forgiveness: The Arab World Needs To Listen 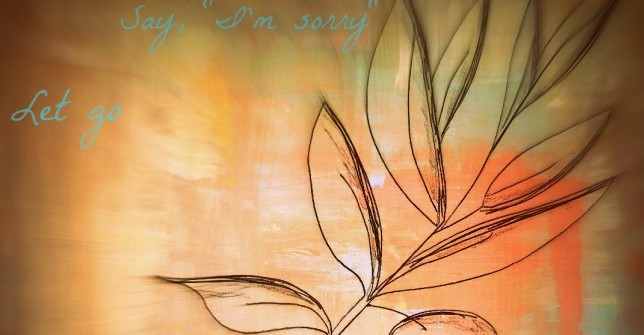 In these days of political unrest and constant change in the Arab world, there are many instances of violence and a pervading lack of trust among people. More than ever, people wonder what mechanisms need to be in place to heal and repair relationships between people and public institutions.

The two of us, Dr Ilham Nasser and Dr Mohammad Abu-Nimer, who specialise in early childhood education and conflict resolution respectively, embarked on a comprehensive three-year study in 2010 on the topic of teaching forgiveness in four Arab countries – Egypt, Lebanon, Jordan and Palestine. This pioneering study concluded its initial phase earlier this year and contributed to the understanding of forgiveness and reconciliation in the region both conceptually and how it can be applied practically to stop violence and build trust.

Based on interviews with teachers in the region, results suggest that when people from different countries and religions are faced with a situation that requires forgiveness, there are differences in their willingness to forgive an offender.

For example, teachers were given a hypothetical situation in which someone attends a wedding at a neighbour’s house, taking a gift along, only to discover that when they later invite the same neighbour to a wedding the neighbour doesn’t show. Participants in Lebanon and Egypt were more forgiving of the neighbour than in Jordan and Palestine. It was also harder for these teachers to forgive when the act was intentional or related to a close family member.

Our study was followed by two regional workshops held in Amman, Jordan in March 2013 for teachers, curriculum specialists and university faculty to discuss the results and look for ways to incorporate the findings into school curricula in the Arab world.

Teachers debated the best term to describe forgiveness in Arabic. Some people used the term gufraan which has religious connotations while others used musamaha, the broader term we ultimately chose for its larger cultural and social resonance. Once the terminology was agreed upon we were able to move forward on constructing curriculum materials to address forgiveness in schools. To that end, a pilot of the new proposed curriculum in Jordan and Lebanon is scheduled for Fall 2013.

Educators came to the workshop with stories about forgiving people on a daily basis. One participant told the story of a 14-year old boy whose hand was stepped on and broken by another student after being knocked down in a crowded hallway. A fight started and both students were sent home. As the family of the victim sought reparations, the victim spoke out, saying he did not want to press charges and instead had forgiven the student who broke his hand.

Stories like these are being incorporated into the design of the new curriculum as a way to highlight real instances of forgiveness that will hopefully engage Arab students – ages 5 through 18 – in discussion of these issues and alternative responses to situations they face.

We are also designing a curriculum based on what the group felt were priorities for the Arab world and literature produced by the International Forgiveness Institute in order to provide strategies to successfully introduce forgiveness in schools. It will include teaching students ways to cope with feelings of anger, revenge, frustration and despair, as well as activities and lessons on rights and justice and conflict resolution skills.

We chose to work with teachers because of their impact on students and thus their potential to be agents for transforming attitudes and creating social change. Given the amount of time they spend with students, teachers can play a critical role in the healing of communities most impacted by the conflicts and upheaval in the region.

In the Middle East, forgiveness is part of the teachings of the region’s three main religions and the region furthermore has its own traditional tools for achieving this act from Arab culture. One example is sulha, the act of an elderly member of a community playing the role of mediators when conflicts arise between families and individuals.

Yet, most schools and teachers don’t teach the skills and tools required for children to practice forgiveness because of their lack of time and expertise on the topic.

Moving forward in the Arab world will have to include forgiveness and reconciliation skills-building. The adoption of a forgiveness curriculum will equip teachers with tools to teach children strategies they can use to resolve issues of violence and distrust.

Mohammed Abu-Nimer serves as Director of the Peacebuilding and Development Institute at American University. Ilham Nasser is an associate professor in Early Childhood Education at George Mason University. Husband and wife, Abu-Nimer and Nasser are interested in peacebuilding through education.