Muslims and Jews: Confronting Hatred Together 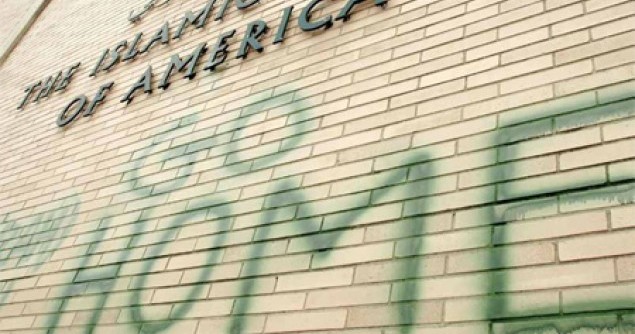 When I told people that I wanted to organise a speech competition for youth on anti-Semitism and Islamophobia, the most common reaction I received was, “That would be hard.” However in late April 2012, 16 students from Muslim and Jewish schools, as well as public schools, in Toronto came together at the North American Muslim Foundation to participate in the 10th occasion of this annual event.

Despite some initial discouragement, I felt the connections between anti-Semitism and Islamophobia were important. These two issues are often dealt with separately by Muslim and Jewish communities in Canada, but both groups have a great deal to offer each other as they work to overcome prejudice.

As such, my colleagues at the North American Muslim Foundation and I brought together a group of interested young people to address the question: do Jews and Muslims face the same challenges and do these challenges present opportunities for joint solutions?

Many of the participating students talked about personal experiences, such as their synagogues being vandalised with graffiti, or facing increased scrutiny at airports in the post-9/11 era.

Though the experiences were different, many felt that they were speaking with the same voice, only from different religious and cultural perspectives.

One young Muslim competitor described how she came to see criticism for wearing the hijab, or headscarf, in school as an act by one person and not an entire group. A Jewish student agreed, saying that when his synagogue was vandalised with graffiti it wasn’t a statement from the entire community, but a crime by one individual against a community.

A Jewish student reminded an audience of Jews, Christians and Muslims that working for harmony and standing up for religious freedom is every person’s duty.

Another Muslim student, whose experience of Judaism had previously consisted only of negative stereotypes, acknowledged that this speech competition changed her mind. As she reflected on the ways that both communities have struggled with stereotypes, she found common ground in the struggle to overcome them.

Examples of Jews and Muslims standing in solidarity are not as rare as one might think. In the aftermath of the 9/11 attacks, the Jaffari Islamic Centre was the first Islamic organisation in Toronto to hold a joint press conference with a neighbouring Jewish synagogue to condemn the attacks. They also issued a joint condemnation when a Jewish school in Montreal and an Islamic centre in Pickering were victims of arson attacks.

At the end of the speech competition, students suggested ways they could work together in the future: doing workshops at Islamic schools on anti-Semitism, bringing together Jews and Muslims to organise a walk for a charity, proposing a bill to ban both anti-Semitism and Islamophobia and working with members of parliament to pass anti-bullying legislation.

There is an effort to encourage individuals who are knowledgeable about Judaism to visit Muslim schools and engage in constructive dialogue about critical events in Islamic history that include Jews. This will reduce anti-Semitism by providing human interaction and a deeper understanding of relevant issues, both of which are at the root of Canada’s prized multiculturalism. And there is a greater willingness to have Muslim students visit Jewish schools to share their religious experiences and talk about their own concerns, thus countering Islamophobia.

These are the positive outcomes that result from talking about tough topics in which participants will not always get the nuances right, but still opt to engage each other.

Dr Barbara Landau, co-chair of the Canadian Association of Jews and Muslims, reflected on the event by saying, “What most touched me was the educative and empathetic effect of young people learning about each other’s history and experiences with discrimination and marginalisation.”

The topic of this year’s debate was chosen based on the work the Foundation for Ethnic Understanding is doing to pair mosques and synagogues. This initiative should be extended to twinning faith-based schools, with articulate youth taking the message forward that prejudice against one group is prejudice against the entire human race.

Habeeb Alli is a freelance writer for The Ambition journal and the author of 14 books on Islam and poetry. His website is www.muslimsincanada.ca.

3 Responses to Muslims and Jews: Confronting Hatred Together