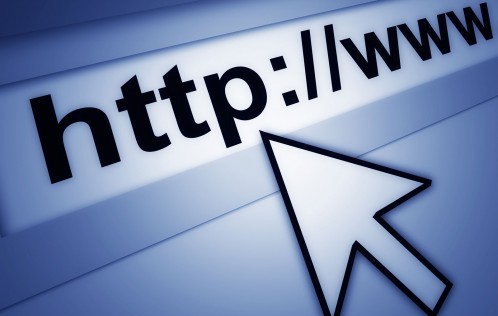 Picture this: an Iraqi reporter becomes interested in the work of a Jewish student in Israel after reading an article about Jewish-Muslim relations in medieval Spain that the student published online. The reporter contacts the student and interviews him about future prospects for Jewish-Muslim coexistence.

As the student in this story and co-author of this article, Joshua Stanton knows first-hand how technology is reshaping the way people of different religions interact. To start with, he and the Iraqi reporter would never have connected without the Internet, which enabled them to bypass regional politics and borders.

Yet the Internet’s potential can yield various outcomes. Despite our increased connectivity, people of different faith traditions remain all too likely to talk past one another. Just look at the comments section of any online news article.

The Internet also allows people to perpetuate longstanding arguments over the most central of religious identifiers: sacred texts and the figures within them. Which son was Abraham prepared to sacrifice – Isaac, a central figure in the Jewish and Christian traditions, or Ishmael, whose story is central to Muslims? Did Isaiah predict the birth of Jesus in the Hebrew Bible? And of course, who was the religious prophet of ultimate importance? Recycled ignorance and nasty disagreements over disparate prophetic texts often leave online dialoguers depleted and demoralised.

The key, it would seem, is not whitewashing the differences that exist between religions and their sacred texts but clarifying them and using them as a basis for informed discourse online.

People of faith do well to read their own sacred texts with curiosity about how these writings influence their understanding of what a life faithfully lived looks like. Yet we also become more responsible and more informed practitioners when we allow those outside our traditions to read along with us, over our shoulders. Too many people have not looked seriously at other traditions’ texts. And too many interpreters do not interpret in ways that invite “outsiders” into the conversation.

For example, Muslims and Jews may know that the Torah and the Qur’an differ over which son God called Abraham to sacrifice – Isaac or Ishmael. But do they know that some rabbinic commentaries affirm the Qur’anic position that the events must have taken place in a dream? And have Christians considered how such ideas might inform their interpretations of the story that view it as foreshadowing Jesus’ obedience and death? Without opportunities for more public, hospitable investigations of one another’s scriptural traditions, Jews, Christians and Muslims might simply reassert old stereotypes, even as their leaders and scholars model isolationism.

Technology allows people to learn about sacred texts, their origins, their histories of interpretation and their ongoing relevance from informed leaders and scholars they would not otherwise be able to learn from.

ON Scripture, a new initiative launched by Odyssey Networks, a multi-faith media coalition, in collaboration with the major online news site, The Huffington Post, aims to create this sort of online space. It presently offers resources focused on the study of Christian scripture, but is poised to launch ON Torah in the coming months, which will focus exclusively on sacred Jewish texts. Odyssey Networks also hopes to launch ON Quran in order to highlight the rich textual traditions of Islam and thus enable all three Abrahamic traditions to have centres of text study housed on the same website, making it easier for individuals to find out information about all three faiths.

While initially operating independently, the weekly online articles from ON Scripture about the Torah and the Christian Bible offer interpretations that religious leaders put forth about their own tradition’s sacred texts, guided by the traditional cycle of scriptural reading of that particular tradition.

In time, we hope to expand the conversations, perhaps having rabbis, pastors and imams in dialogue with each other in videos that broadcast respectful dialogue about scriptural texts, even in light of real differences. While the forum is currently in English, it may come to span multiple languages, bringing people of faith from across the globe into constructive dialogue aided by cutting-edge translation technology.

Matthew L. Skinner is Associate Professor of the New Testament at Luther Seminary in St. Paul, Minnesota and Founding Editor of ON Scripture. Joshua M. Z. Stanton is Founding Co-Editor of the Journal of Inter-Religious Dialogue and of ON Torah, as well as a Schusterman Rabbinical Fellow at Hebrew Union College.