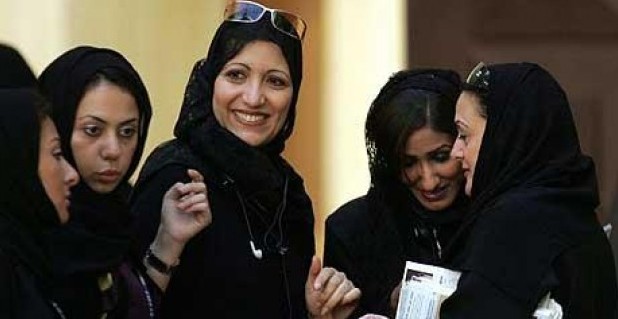 Why do men in Saudi Arabia educate their female children if women aren’t able to work later? This is the question Khalid Al-Khudair, founder of the employment platform Glowork, asked. The question actually arose when his sister Aia, who graduated with a degree in psychology from a Canadian university, returned to Saudi Arabia. Even though she had a driver available to take her to major companies to submit her resume, she still found it difficult to find a job because most companies had out-dated websites, making it hard for her to learn about new positions in the first place. In addition, most companies in Saudi Arabia recruit based on personal recommendations, rather than a systematic, merit-based approach.
But Al-Khudair’s sister, like many other Saudi women, was motivated and unwilling to give in to the obstacles that women face in job hunting. Aia took a job at Glowork to help women who had gone through the same difficult experience with job hunting.

Al-Khudair established Glowork to cater to Saudi women, like his sister, who are looking for work. It is the first online employment platform connecting employers with job seekers, and especially focused on helping women. There has never been a similar initiative in Saudi Arabia or in other countries in the Gulf Cooperation Council (GCC), despite the high unemployment rate among Saudi Arabian women. According to a 2010 by Booz & Company, a global management consulting firm, less than 15 per cent of the labour market is currently made up of women; based on Booz & Company’s research, Glowork estimates that 60 per cent of women who have a Ph.D. are unemployed.

Women’s rights are becoming a more prominent national issue, exemplified by King Abdullah’s speech in September 2011 at the Shura Council rejecting the marginalisation of women in Saudi society. He granted women the right to vote in municipal councils that same month, citing his belief that women’s rights are an essential component of Islam.

Although women as a group face hurdles in finding jobs, there are Saudi women who are now doctors, nurses and bankers. And, for the first time, a Saudi woman has attained one of the highest government positions, deputy minister of education.

In addition, two months ago King Abdullah officially launched the Hafiz program, which provides resources for job-seekers as well as financial assistance to unemployed Saudi men and women.

Saudis see the Hafiz program as a courageous step the government has taken to support its people’s welfare, and female beneficiaries of the program amount to 80 per cent of participants.

When it comes to hiring women, innovative thinking is key. In Saudi Arabia today, many companies want to hire women, but don’t due to the lack of availability of a separate office space to accommodate them, according to Saudi custom. Glowork is an example of how a company can think outside the box and still hire women. For example, it employs women as call centre operators for different companies, which allows women to work from their homes.

Glowork is just one example of a self-funded Saudi initiative taken for the advancement of women’s rights. By empowering women, they are paving the way for a brighter future.

Lulua Asaad is a Saudi national based in Austria with an extensive experience in Multilateral Affairs and Diplomacy. This article has been written with the cooperation of Khalid Al-Khudair, Founder of Glowork (www.Glowork.net) and Rozana Al-Banawi, an Employment Advisor at the technology company Taqat.