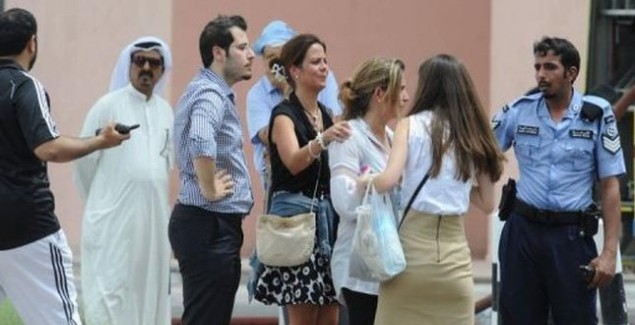 A fire at one of Qatar’s largest malls – Villagio – has killed 19 people including 13 children. A tragedy of this scale has not been seen in Qatar in recent times and has been felt deeply by all communities.

While an incident of this size is never to be expected, there is a certain grim lack of surprise that there was such an incident. There have apparently been three fires in the last 18 months at Villagio and Qatar’s other large mall, City Centre, suffered severe damage from a fire only few weeks ago.

Apparently in this incident it seems that the fire alarms only went off in some places; no one was encouraged/told to evacuate; the sprinkler systems malfunctioned; there were no maps for Civil Defence to use to coordinate their efforts; the initial Civil Defence reaction was to send in people without gas masks (!); and the nursery which was so awfully affected was a death-trap waiting to happen on the first floor with only one staircase for access, which was soon burned down forcing the Civil Defence people to hack their way in through the roof.

Why are there such problems?

First it needs to be noted that such an incident, in my view, could have happened anywhere in the Gulf. I don’t believe that such procedures are that much better at, for example, malls in Kuwait or KSA. Nevertheless, this incident happened in Qatar and we must examine it.

Part of the culture of management in Qatar is overly deferential. Overall there is a profound lack of initiative and a box ticking culture pervades. Diktats from on high often come thick and fast with little systematic planning overall. Conflicting policies are common. Yet no one below the elite level would dare criticise such policies for fear of retribution or reputational ‘damage’.

Qatar is a young country. It has the accoutrements of a modern state which can be bought in whole-sale, but the boring, decidedly not interesting but essential rules, regulations, and oversight purviews are sorely lacking.

Moreover, it is a basic human trait that it often takes a tragedy to galvanise people into action. British authorities knew that they had a huge problem with football hooliganism and crowd control in the 70s and 80s but it took the awful events at Hillsborough in 1989 for authorities to actually act. This is just the way that it is.

Qatar’s established media get an F- for their coverage. Late to the story and then patchy in their coverage, they have all been decidedly unimpressive. Believe it or not, QBS radio, Qatar’s key local station, did not lead with this story but with Sheikha Moza chairing a conference at the Convention Centre in its 18:00 bulletin the day after the fire. This is a profound indication of the levels of uselessness that pervade the local media, which are all but irrelevant to meaningful coverage of issues.

Instead it is Doha News, a ‘new media’ blog and twitter based news service, that has rightly received universal praise for its comprehensive coverage. Truly they have put all other news organisations however big or small to shame.

An investigation committee has been announced specifically to look into this incident and into fire safety more generally. There are several counts of criminal negligence that need to be accounted for both in the Villagio management structure itself; in the nursery for its apparent [perhaps I should say, ‘presumed’ – for we don’t really know what happened there yet] lack of response; in the planning ministry for licensing such a nursery with such apparently poor evacuation procedures; in the Interior Ministry generally for its lack of oversight of basic fire safety procedures in such a key location; and in the Civil Defence and the other reaction forces for their seemingly chaotic response to an incident.

I hope that the reaction will not be the public arrest of some Philippine and Indian management-level people alone.

I also fear that there will be new misguided stringent rules. Don’t misunderstand me; tough new rules on fire alarm drills or procedure practice are welcome, but the authorities must resist the temptation to ram through new but ultimately ineffective knee-jerk laws to assuage the need to ‘do something’.

Does this incident have any repercussions for World Cup 2022 in Qatar? Not really.

Firstly, it is over a decade away which ought to give authorities a long time to evaluate such procedures and systems. Hopefully a rigorous approach to this issue will be instilled and in every day usage.

Secondly (and somewhat confusingly) whatever issues were present before this incident will still be present. For example, the desire to simply ignore ticket holders in the Asian Cup final between Australia and Japan and to fill the stadium for cosmetic purposes with ticketless workers to potentially create a security incident out of nothing; that kind of single, absurd decision taken by ‘a Sheikh’ who cannot be questioned will remain for it is ingrained in the culture here. Such decision making – rule by whim as I have dubbed it – can be quick and decisive but intrinsically suffers from a lack of strategic understanding and its consequences can be wide-ranging.

Of course there is no satisfactory way to conclude such an article. Fiendishly bad luck coupled with a seemingly long list of violations of best practice have resulted in an immense tragedy in Qatar. The slimmest of silver linings can, as ever, potentially be seen on the horizon in terms of future improvements in safety, not that this could ever amount to a sliver of comfort to the bereaved. Everyone’s thoughts are with them.

One Response to Initial Conclusions on the Qatar Mall Tragedy