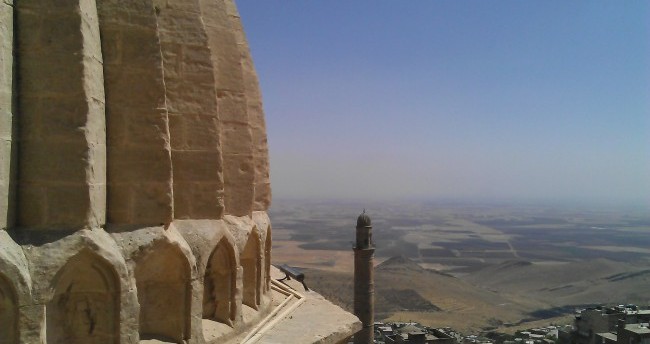 All over the globe, the Muslim community finds itself caught in the middle of strenuous societal debates. With Islamophobia on the rise in the West and extremism in the name of Islam growing in the East –evidenced by sectarian violence in countries like Egypt, Syria and Pakistan – the debate is often presented as a clash between Western values and Islamic fundamentalism. Few people are aware however, how much internal debate is going on within the Muslim community itself. Old ideas are challenged, new groups are forming and all sorts of evolutions take place that do not fit the crude dichotomies of “secular versus religious” or “democracy versus Islam” that politics and the media so often adhere to when discussing current events.

For someone with a background in anthropology and theology, this intrigues. I therefore decided to look up some of the most influential spiritual leaders and artists from the Muslim world and dialogue with them about these momentous changes on the crossroads of religion, culture and society. I wanted to learn more about new ideas which are bubbling up in Muslim societies and I hoped to find some novel insights that could show a way out of the present day discourse of dichotomy.

I gathered all these talks on a website and called the project Halal Monk. It seemed like the proper name for these interreligious conversations and my journey through Islam as a Christian.

As the Halal Monk, I get to meet exceptional people. I spoke about faith, fear and love with Feisal Rauf, the imam behind the so-called Ground Zero Mosque; I talked about Sufi music with Pakistan’s great female singer Abida Parveen; and I received an explanation about true authority in the Islamic world from revered British scholar Abdal Hakim Murad.

When I asked Murad where the real centres of authority are found, his unexpected answer was to look beyond the worldly powers and toward living saints. “Their self is gone and only the prophetic form remains. The dignity, the ancient wisdom, the selflessness, the love for others… you see it in the prophet and you see it in the saint.”

Murad’s answer was exemplary of the theme all my encounters seemed to have in common. Almost all the people I was graced to meet emphasised the importance of looking beyond literalism – both of the religious extremists as well as of the staunch materialists. They oppose an excessive consumer society but just as well they denounce religious rigidity. They root themselves strongly in Islamic tradition but they do not limit their religion to a set of convictions, rules and physical appearances.

As such, many of them show a way out of dichotomy and conflict not only through words, but through example. Not their specific beliefs, but their gentle characters, their sense of justice and their compassionate hearts were proof of their Islam.

This realisation brought about a deeper self-reflection on my own cultural background and Christian upbringing. It made me remember how the Christian tradition has the tendency to emphasise faith as its core aspect. That is to say, it stresses the need for right belief. And since many of our values, norms and ethics are derived from Christian culture, I saw that the Western world, in general, is very much focused on correct convictions.

That is exactly why we debate how compatible Islam is or isn’t with democracy, or why religious convictions in general are often discussed by asking how much they accept or reject certain scientific findings. But my journey so far has taught me this: religion isn’t about being right, it’s about being good.

Perhaps then, we shouldn’t look at the contemporary conflicts between the West and the Islamic world as a problem of clashing ideas or incompatible cultures. They aren’t arguments that can be won by someone who’s right. They can only be overcome when all of us try to be good. That is to say, when we try to uphold the general moral guidelines of not hurting, not killing and not stealing; when we try to live according to the golden rule of not doing unto others what we wouldn’t want done unto ourselves.

Jonas Yunus is a Belgian Christian theologian. Professionally, he has been active in different peace work organisations focusing on cultural diversity. For more information on his interfaith web project, visit Halal Monk.