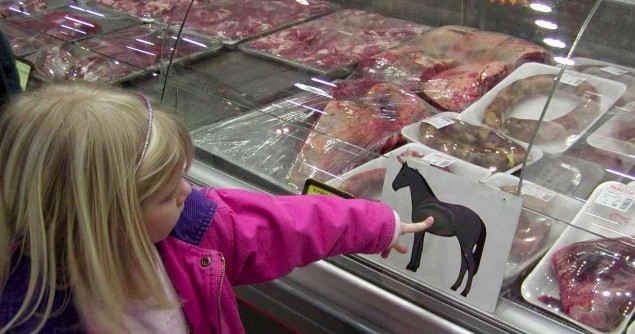 The horsemeat scandal has raised significant consumer questions: what is in the food we eat, how can we be sure it’s properly labelled, and most importantly, who can we trust?

For Muslim consumers who wish to observe halal in their food and beverage consumption – an industry worth an estimated $661bn a year – these are questions they ask daily. For them, halal certification from a trusted authority is vital, otherwise they simply won’t buy. No trusted halal logo, no sale.

This means that getting your products halal certified is crucial. A sampling of news stories demonstrates that halal certified food is on the upswing in Austria, Germany and Switzerland. Kenyan businesses are remaking products with halal certificates. Brazil exports over 85,000 metric tonnes of halal certified meat products each month.

The Canadian halal meat market is estimated at $214 million and Muslim households spend double weekly average on meat products. The UAE halal food industry will hit $8.4bn by 2020. A lack of certification can keep you out of the market, like in Oman where meat without a halal stamp isn’t allowed to enter the country.

Halal certification means that food has been put through approved processes that guarantee to consumers that nothing in the food has any forbidden components. Halal certificates are usually issued for a fee by a certifying body. Once the product is approved, it is stamped with a logo to indicate who has approved it.

Busy shoppers rarely have time to read detailed information on a product, so a recognisable logo picked out in a quick glance when scanning supermarket shelves can make them reach across the last three feet of the aisle and pick up the product. Restaurants, butchers and grocery stores sport logos to draw in trade, which are then used in directories, the internet and apps.

Since it is part of the certifying body’s brand, the logo tells the Muslim consumer about the religious promise on which the certification is based. Globally, there are hundreds of halal certification authorities, often several co-existing in one country. This is because approval standards vary widely despite all being rooted in Islamic practice. Of course there are some basics that they all agree on: products should contain no alcohol or pig derivatives.

But beyond such fundamentals there are grey areas such as the contentious question of whether an animal be stunned before slaughter. The popularity and proliferation of a particular certification body is therefore linked to the credibility of its processes, the people who have established it, and the scholars who accredit it. And like any brand, the track record of the certification body and its processes are part of popular Muslim consumer scrutiny.

Muslim consumer confidence underpins this market. Muslim consumers want reassurance from a trusted authority. Sometimes the government takes on this responsibility, such as Malaysia’s JAKIM, Saudi’s shoura council and Pakistan’s halal board.

Sometimes an existing Muslim body extends its authority into certification due to consumer demand, as in the recent case of Indonesia’s Nahdatul Ulama, one of the country’s largest and oldest Muslim membership bodies with 30 million members.

Sometimes, Muslim consumers are so disheartened by the seeming untrustworthiness of certification bodies, they take matters into their own hands as in South Africa by setting up a Muslim consumer council to hold service providers, suppliers, and producers accountable after a scandal where pork was labelled as halal meat.

This lack of consumer trust is something that Malaysia recognises so an halal audit body has been proposed in order to address low Muslim consumer confidence in halal integrity.

For brands deciding which certification to choose, the importance of Muslim consumer trust, and how to build credible relationships with them, there is no better object lesson than the recent saga unfolding in the UK about contaminated meat.

Halal food being served to prisoners was found to contain pork DNA. The halal certification body that had approved the products – the Halal Food Authority – has come under intense criticism. One regional body of mosques urged their communities to boycott it. The national body the Muslim Council of Britain championed the Muslim consumer voice with the clear directive – and brands should take note of this rather obvious but crucial point – “It is the community’s right that whatever is sold as halal is in fact halal.” It added that halal certification agencies must “come together to restore consumer confidence.”

Muslim consumer acceptance is based on Muslim community acceptance. Once the community loses trusts and therefore rejects it, the brand is doomed. It is a slow and perilous crawl back to trusted status – if that is it can ever be regained – and the only route is significant scholarly authority and transparency of processes being put behind a story of redemption in order to restore it’s reputation.

By contrast, this body has probably signed its own death warrant by trying to downplay the seriousness with which Muslim consumers take such matters. It’s first response was to assert that “It is not the case of an ingredient, rather a case of DNA being found” and according to the MCB it has “yet to express any regret over this whole affair.”

The Halal Food Authority stated that “HFA categorically affirms that our standards and audit protocols are in compliance of the Islamic dietary rules and in conformity of the relevant EU regulations.” Their challenge is that the damage to Muslim consumer confidence in their brand has already been done.

So what can brands learn from this matter? Confidence must be absolute, the merest doubt undermines any authority. And consumer concern must be treated with absolute seriousness. Understanding which logo is most trusted by Muslim communities is vital, or your product simply won’t get picked up. But if you can show that you’ve done your research, that you take the matter with the utmost seriousness, and the community’s approval is important to you, you’ll have won their trust.

Getting halal certification is not enough, living up to its promise is just as important for your brand. In the USA, McDonald’s and one of its franchise owners has agreed to pay $700,000 to members of the Muslim community to settle allegations that one of it’s restaurants falsely advertised its food as halal. McDonald’s and Finley’s Management deny any liability but say the settlement is in their best interests.

Global brands understand how halal endorsement opens doors. Krispy Kreme announced halal certification for its products in the UK. While their ingredients were already compliant, and so their doughnuts remain unchanged, they had acquired the halal certification because it “means a lot to consumers.”

Kingsmill bread and bakery goods took a similar approach with its products whose ingredients were already halal compliant by acquiring halal certification.

The comparatively small amount of effort required in obtaining halal certification is likely to win Muslim consumer loyalty and repeat purchases. Muslim consumers feel particularly positively towards brands that make even the smallest effort to reach out. And the best part is that they will do their utmost to spread the good word.