Why Are There So Few Good Books About Saudi Arabia? 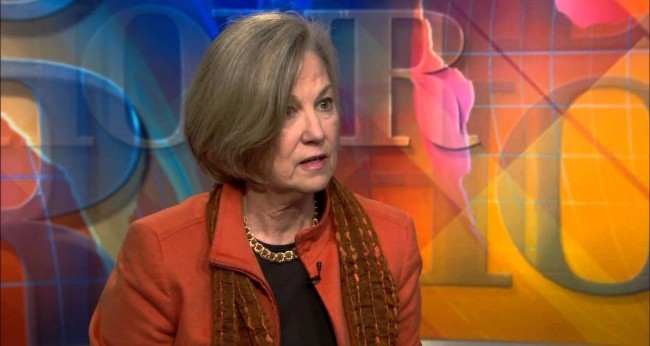 Thirty-odd years ago, when I first lived in Saudi Arabia, I was surprised at how uninterested people back home were about what I felt was a fascinating country. Such questions as came my way were usually started with alcohol (how do you get hold of it?) and public executions (have you ever been to one?).

Occasionally I came across people who wanted to get beneath the surface – away from the lurid tabloid headlines. They would often ask how safe the Kingdom was for Western expatriates. Pretty safe, I would reply, so long as you had the reflexes of a Formula 1 driver on the roads. If I still had their attention, I would go on to say that Saudi Arabia was a land encircled by a ring of fire. All around its borders there was chaos and conflict. To the north, the Palestinian intifada. Moving clockwise, the Iran-Iraq war. Further south, the Yemeni civil war. At 8 o’clock the Eritrean insurgency, and at 11 o’clock the civil war in Lebanon.

And yet, in the middle of all this chaos, the Kingdom remained stable and secure, bolstered, it must be said, by the United States – a superpower with a compelling reason to maintain the status quo: the need to ensure an uninterrupted supply of oil to the homeland.

Not that there haven’t been a few crises to navigate between then and now. The first Gulf War in 1991, 9/11, the Iraq invasion in 2003 and the Al-Qaeda attacks on foreigners within the Kingdom and against the government itself. But the state and its rulers, the Al-Saud, have endured.

Which leads me to On Saudi Arabia. Karen Elliott House, a distinguished American journalist and former Wall Street Journal executive, published her book at the beginning of this year. The fact that she chose this title is a testament to the relative paucity of books about the Kingdom. Would she have been able to have got away with a book about the US called On America? I doubt it.

Saudi Arabia is a big subject to cover in 256 pages. And for this reader, it’s a pretty superficial view of a deeply complex subject.

Her intended audience seems to be educated Westerners who know very little about the country. The kind of people whose eyes glazed over when I tried to explain the intricacies all those years ago. What prompted me to buy the book was the part picked up by the international media, and by people I know, that suggested the strong possibility of the demise of Al-Saud. House cites a confluence of factors that might lead to their downfall: the royal succession challenge, the youth bulge, the continual reliance of the economy on oil, the fracturing of the religious establishment, and last but not least, the threat from Iran.

She doesn’t mention another factor, which is the decreasing reliance by the US on Saudi oil as its own unconventional extraction programme picks up speed.  Also – and this is no fault of hers since it’s a recent development – whether Obama’s reluctance or inability to use America’s military muscle in Syria is an act of pragmatism or the beginning of a longer-term policy of non-intervention in the region. If it’s the latter, Saudi Arabia will have to find other protectors.

I for one am by no means convinced by her doomsday scenarios. As she points out, Al-Saud have always been adept at bending with the wind. Three factors are likely to work in their favour. First, the examples of Libya, Syria, Iraq and Egypt are at the forefront of the minds of Saudis. Only a tiny minority are likely to be in favour of risking similar horrors by bringing the house down. Second, even if the US weans itself off Middle East oil, there are plenty of other consumers – notably India and China – that will be ready to step into the breach by guaranteeing the Kingdom’s security in return for a stable supply of oil and gas. And finally, even if Saudi Arabia’s capability for confronting external aggression is relatively weak, its internal security apparatus is strong. The National Guard is well capable of dealing with overt insurrection, and the Interior Ministry has a sophisticated internal intelligence service that showed its effectiveness in dealing with the Al-Qaeda threat since 2003.

On Saudi Arabia is well written, as you would expect from a leading journalist. Perhaps because I started with a reasonable knowledge of the subject, I ripped through the book in short order. Each of the chapters deals with a different aspect of Saudi politics and society: the survival skills of Al-Saud, religion, the restless youth, women, education, the economy, dissidents. She uses stories to build a patchwork of dark clouds on the horizon. Interesting as her interviews with women across the social spectrum are, and likewise her discussions with four of the 7000-odd princes, I’m left with the feeling that the results of her “extraordinary access to Saudis – from key religious leaders and dissident imams to women at university and impoverished widows, from government officials and political dissidents to young successful Saudis and those who chose the path of terrorism” are overstated. Anyone with a modicum of experience of the Arab world will know that its people can be adept at telling you what they think you want to hear, especially when they know that you are going to publish the conversations. Private thoughts usually remain private and are shared only with trusted confidants.

So if you’re looking for a big picture that will confirm your western-centric prejudices about the Kingdom, then On Saudi Arabia is the book for you. But there are other more nuanced pictures. For anyone planning to visit or do business in this intriguing country, I would suggest that Robert Lacey’s two books on the subject are far better portraits. The Kingdom, published in 1980, was my primer when I first worked there. I still refer to it today. The follow-up, Inside the Kingdom (2010) is equally worth reading.

But a book that so obviously starts with a hypothesis – “be afraid” – and builds a body of anecdotal and historical evidence to justify that fear, is essentially date limited. The future is muddy, and events are moving so fast in the Middle East that House’s book – first published only a year ago – is already out of date. The Saudi leadership, for example, will be sleeping more soundly after the removal of the Muslim Brotherhood government in Egypt. But the recent deal on chemical weapons in Syria decreases the chances of Bashar Al-Assad’s removal, thus leaving the Iranian sphere of influence intact for now – a development that the Saudis will not welcome. There will be many more bumps in the road ahead that can dramatically change the wisest predictions.

Saudi Arabia is still surrounded by fire, just as it was thirty years ago. It’s a different country from the one I first lived in, and will doubtless change much more in the next few decades. Will the family that has ruled it since 1932 still be in control in 2032? In this writer’s limited view, highly likely

One Response to Why Are There So Few Good Books About Saudi Arabia?