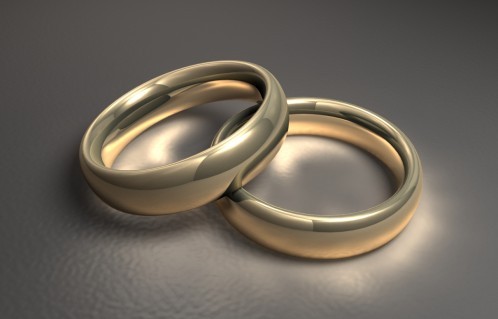 Arab News reports that nearly 40% of the people marrying in Saudi Arabia’s Eastern Province marry in disregard of the health risks of their marriages. Genetic testing is mandatory in Saudi Arabia due, in large part, to its long history of consanguineous marriages. Genetic problems that would not appear in marriages outside an extended family present themselves when people marry close relatives and marrying a close relative (ideally, a first cousin) is the tradition.

It does present a quandary. But so far, the government does not believe it has the coercive power to ban certain marriages, even though they are likely to lead to the birth of children with serious medical problems. Instead, it leaves it to the conscience of those who will marry—and their families, of course, as marriage in the Kingdom is almost exclusively by arrangement among parents.

What the article does not discuss, perhaps because the statistics are not captured, is what percentage of these ill-advised marriages are among the Shi’a population. As a minority, the Shi’ite population’s choices of spouses is even further circumscribed. But marrying across sectarian lines is not something most Saudis are willing to do. Will the Shi’a of the Eastern Province breed themselves into medical extinction?

JEDDAH: Up to half of Eastern Province couples move forward with marriage despite medical tests showing health risks, according to Nawaf Al-Otaibi, who is in charge of the premarital testing program in the region.

Nationwide, the same estimate says over one in three marriages (38 percent) occur despite evidence of health risks.

Since 2004, prospective couples require pre-marital screening for recessive-gene disorders as well as infections, such as HIV and hepatitis. Approximately 24,000 such tests take place in the Eastern Province, one of the Kingdom’s most populated provinces. The test results take about 10 days.

“What is the point of these tests? If people are still allowed to do what they want to,” said Saba Al-Harithy, 25. “Why make it mandatory for every couple who disregard the medical aspect of their relationship.”
…

Interestingly, Saudi Gazette is reporting that the Eastern Province is observing World Downs’ Syndrome Day. I guess all that can be done is to try to insure that people understand the risks.

One Response to Consanguine Marriage: ‘Genetic Roulette’ in Saudi Arabia