Challenge of the Faithful: Sacrifice and Fortitude 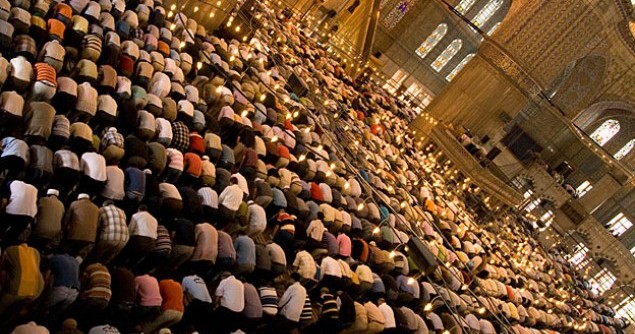 Some Muslims (and others of the Judeo-Christian persuasion), reputed to be among the best of mankind, have this almost uncanny tendency to victimize each other.When caught, they simply issue the lamest of near-miss apologizes like ‘we respect you’; which I suppose means they don’t in the absence of any action of regret or amends. You know–the ones that issue the ever vague pre-Hajj or/and Ramadan message with the meany mouth likes of ‘if I did or said anything…etc’ so they don’t have to endure the justice of confessing fault (an admission which is the required compensation they never fullfill for those they have wronged in most faiths including Islam).

Fond of quoting Hadith and Quran (or the scripture of their faith) at any given moment, such people tend to gravitate towards various occupations that require some grit and fortitude when it comes to standing up for what they claim to believe in; yet they seldom accept any challenge of character in any significant way. It is reminiscent of the crowd that I used to work with as a social worker in the US. It seemed almost everyone of them had some issue they were pretending to address in the sham (despite their sometimes large pay checks) of altruistically resolving the problems of others.

Despite the ‘act’ of virtue, no matter how long it was done, their false pretenses still clings to their deeds like a bit of dried stool in the bowel after the flush. It is not who they are; therefore how could it be what they do? This behavior is particularly sad when it occurs with expat Muslims whom have braved all sorts of hardships and indignities to escape the dangers of their non-Islamic domiciles’ only to find themselves doing what they came to sacred precincts not to.

Their excuses, a collection of half rationalizations placing the blame on their lack of courage to weather the test of faith are typically expressed in phrases like “I’m just doing my job” or “I’m just following orders” or even, the ever popular ‘I’m just trying to take care of my family’ punctuated by the numerous excusing fatwas meant to white wash what no one really wants to look too closely at– for fear their own self accusing souls may blow the whistle on this week’s current psychotic episode of their ‘just’ miserable lives. Their fear has made them a flock of individual lambs that, instead of standing together against their enemies, have told each other that those are threaten have ‘just’ personal issues with the wolf and the matter is none of their business.

I’m sure the Germans were giving each other the same rationale while the brown shirts were infiltrating every nook and cranny of the social fabric of 1930’s and 1940’s Deutche society; inducing the same situation among the residence of the fatherland at the time. People became so paranoid and self absorbed they couldn’t defend themselves against the evil that threaten all. After all, it was more important to protect themselves than their society, right?

I suppose I do understand the cowardice of today’s devotee of faith. He doesn’t realize his fear and growing trepidations are in reality a divine gift. It is, usually these days, the argument everyone has with himself about the value of doing the ‘right thing’ verses the purported worth of the bottom line. Fear of lost (of wealth, life, love, etc) is the battlefield of faith; the enemy we all struggle against to prove our merit as one of the worthy. Instead of using it and accepting the challenge to transform themselves into the heroic standard, some hide in its darkness. They are so absorbed in the desperate intrigues and plots they have fashioned to survive this world; they fail to realize the significance of their failure.

This appears to be true of all people who claim to follow God. The majority of the group are hypocrites; then there are those still not knowledge enough to make the choice to devote their entire body and mind and then, there are the believers. The hypocrites generally will persuade the less knowledgeable that the right course is to exterminate the believers–making the first obstacle of faith an internal and inner battle of conviction. This maybe the reason that most of the Muslim world looks to their enemies in their struggles for the rights and liberties already granted by Islam. The inner struggle makes us all cowards. Cowardice, after all, is a prerequisite of courage.

This is why we are all cowards—petty and selfish in our individual efforts to be significant and comfortable. This is especially true of the brave, who are defined by opposing their fears, and in their work to do right in dreadful terror of Allah’s wrath. They resist the evil most of us succumb to everyday; not because of fearlessness, but in the intellectual, spiritual and emotional certainty of belief, a condition even the most corrupted religious doctrines call the essence of faith and righteousness. Such is the lot of the faithful, quietly and meekly daring to walk upright in the helpless reality of their existence; outside the fanfare of the fickle crowd—believing that standing alone against the wolf, despite the odds, is the best option for survival for everyone because it teaches the one and all, by their sacrifice and fortitude, the ethics of good conduct.

Isn’t one of the goals of the faithful to model belief through practice? This is real valor—and perhaps for this reason, why it is so rare. Today, the most of the western world seeks to define itself in opposition to Islam; yet, what I predict is, like a teenager rebelling against his parents to define himself, the west eventually may find themselves more like the east than they care to imagine. Wasn’t this true in the days of the Christians and Romans; the Muslims and the Mongol hordes and the Soviets and the present state of the US?

The question is, this time around, will the west accept the good or embrace the evil in this dance of history.

One Response to Challenge of the Faithful: Sacrifice and Fortitude